From Goodreads.com: "Sixteen-year-old Juliet Moreau has built a life for herself in London—working as a maid, attending church on Sundays, and trying not to think about the scandal that ruined her life. After all, no one ever proved the rumors about her father's gruesome experiments. But when she learns he is alive and continuing his work on a remote tropical island, she is determined to find out if the accusations are true.

Accompanied by her father's handsome young assistant, Montgomery, and an enigmatic castaway, Edward—both of whom she is deeply drawn to—Juliet travels to the island, only to discover the depths of her father's madness: He has experimented on animals so that they resemble, speak, and behave as humans. And worse, one of the creatures has turned violent and is killing the island's inhabitants. Torn between horror and scientific curiosity, Juliet knows she must end her father's dangerous experiments and escape her jungle prison before it's too late. Yet as the island falls into chaos, she discovers the extent of her father's genius—and madness—in her own blood.

Inspired by H. G. Wells's classic The Island of Dr. Moreau, The Madman's Daughter is a dark and breathless Gothic thriller about the secrets we'll do anything to know and the truths we'll go to any lengths to protect."

Juliet Moreau is trying to live a quiet life in London after both of her parents die. Juliet is the daughter of the infamous Dr. Moreau (yes, as in that Dr. Moreau). She wants to totally divorce herself from her father's horrible legacy but she may not be able to! Juliet travels to the island and what she finds there terrifies her. I absolutely loved this story.

I had been craving some good sci-fi so I was very excited about picking up this book. I was most definitely not disappointed. While I have never read The Island of Dr. Moreau by H.G. Wells, I do know the story and found it fascinating that this book sort of retold the story. You definitely don't need to have read Wells' work in order to get this book. Shepherd does a great job of truly immersing the reader in the Moreaus' world.

The story and the setting in this book was really, really good. Because this book takes place in during Dr. Moreau's time, there was a even a bit of a historical-fiction element thrown in with the sci-fi element, which was very cool to me. I loved all of the twists and turns. Nothing is really what it seems in this book. The world-building in this book is really fantastic. You can see exactly what the island looks like and what it must be like to be with Dr. Moreau and his monsters!

The characters definitely stood out out for me. I really felt for Juliet in this book. The book is told from her point of view, which really gets you close to the action, which I really liked. We get to see the terror first hand. I loved some of the secondary characters as well, especially Alice, Dr. Moreau's servant who has a sordid past of her own.

I was not really sold on the sort of love triangle between Juliet, Montgomery (Dr. Moreau's assistant who may not be as good as he looks), and Edward (the runaway). It did not ring true to me. I couldn't see why Juliet was falling for Montgomery when some of his activities come to light. This did not really take away from the story, I just did not really understand why it was a part of it.

Overall, this was a great book. I am looking forward to reading the remaining two books in the series! 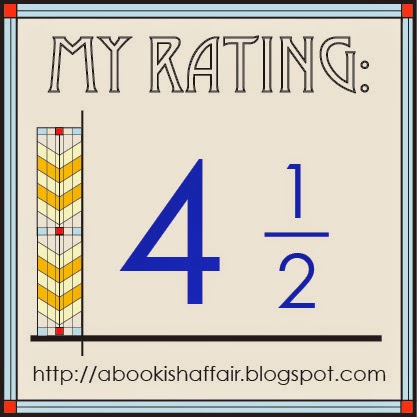