Title: Expecting
Author: Ann Lewis Hamilton
Format: Ebook
Publisher: Sourcebooks Landmark
Publish Date: July 1, 2014
Source: I received a copy from the publisher; however, this did not affect my review. 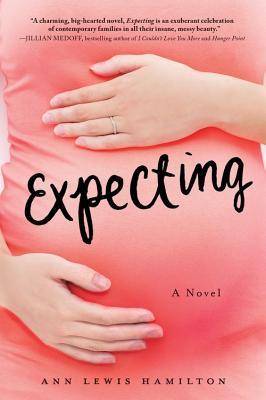 From Goodreads.com: "A mom, a dad, a baby...and another dad.

Laurie and Alan are expecting, again. After two miscarriages, Laurie was afraid they'd never be able to have a child. Now she's cautiously optimistic -- the fertility treatment worked, and things seem to be different this time around. But she doesn't yet know how different.

Jack can't seem to catch a break -- his parents are on his case about graduating from college, he's somehow dating two girls at once, and he has to find a way to pay back the money he borrowed from his fraternity's party fund. The only jobs he is qualified for barely pay enough to keep him in beer money, but an ad for the local sperm bank gives Jack an idea.

Laurie and Alan's joy is shattered when their doctor reveals that Laurie was accidentally impregnated by sperm from a donor rather than her husband. Who is Donor 296. And how will their family change now that Donor 296 is inarguably part of it?"

"Expecting" is the story of Laurie and Alan. All they want is to have a baby and it does not seem like it's going to come easy. After rounds of infertility treatment, the couple has a whole other issue when they realize that Laurie was impregnated by Jack, a sort of slacker, whose sperm gets mixed up with Alan's. This book explores what it means to be a family and how you deal with the unexpected.

The book took a little while to hit its pace. It unfolds as we see everything that Laurie and Alan have been through with their struggle to become parents through flashbacks. At first I did not really connect with Laurie or Alan, which made it really hard to get into the book. Once things started happening with Laurie getting pregnant by the donor, the book really started picking up speed.

I really liked how the book focused on different characters. You get to see Laurie's feelings about finally being pregnant (even if it is not by her husband). You see Alan's struggles to understand what it means that he's not the biological father of the baby. We even get to see Jack's feelings once he gets involved with Laurie and Alan. Watching the characters confront their feelings is definitely the most interesting part of the book. Overall, this book would be a good pick for those who like to think a little bit about all of the what-if's that there are in life! 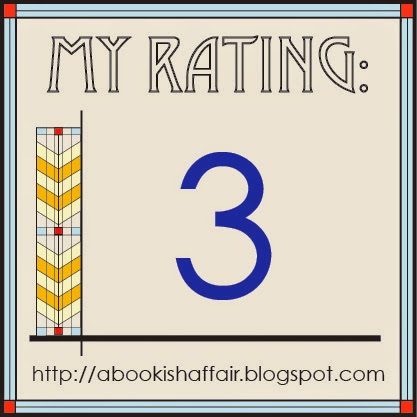