From Goodreads.com: "When literature student Anastasia Steele is drafted to interview the successful young entrepreneur Christian Grey for her campus magazine, she finds him attractive, enigmatic and intimidating. Convinced their meeting went badly, she tries to put Grey out of her mind - until he happens to turn up at the out-of-town hardware store where she works part-time.

The unworldly, innocent Ana is shocked to realize she wants this man, and when he warns her to keep her distance it only makes her more desperate to get close to him. Unable to resist Ana’s quiet beauty, wit, and independent spirit, Grey admits he wants her - but on his own terms.

Can their relationship transcend physical passion? Will Ana find it in herself to submit to the self-indulgent Master? And if she does, will she still love what she finds? "

So any time a book comes along that everyone is buzzing about, I have to see what's up with it. I have to see why everyone is talking about the book. My curiosity has gotten me sucked into to books that are well outside of my usual foray in to the literary world.

One of my friends lent me all three of these books so I really had no excuse not to read them. What did I think? First off, the story is okay. There is a cliffhanger. I will probably read the next book because there was a cliffhanger. The writing leaves much, much, much to be desired.

As most people know, these books started their lives as Twilight fan fiction. More full disclosure: I actually enjoyed the Twilight books. No, they were not well written but I liked the story and they were an enjoyable way to pass time. In Fifty Shades, you can definitely see the Twilight influence and in fact, it seems like in some places, I could see the author simply using "find, replace" to separate this book from Twilight.

Most of you know that I'm a huge proponent of Indie and self-published writers. I've read some really good books that were self-published. This is not one of those. This book is laden with cliches and word and phrase overuses. The book could have used a heavy scrubbing or two by a good editor. Even if you are self-publishing a book, that definitely doesn't mean that you can't use an editor. Find a friend or collegue to sit down with your book and give it a once over. Take their feedback. I think when you're working on a book, you look at it so much that you start losing that edge when it comes to revising your work. Sometimes you just need a fresh set of eyes. This book really, really needed that fresh set of eyes.

The characters talk in a very stilted manner. While I understand that E.L. James is British, her characters are Americans living in Washington State. It would have been better for her to take some time to really focus on the way that Americans speak. Every time the characters spoke, I sort of got taken out of the book because the way in which characters said things was so unfamiliar to me.

A List of Things that Bugged Me:
- Cliche about Ana being a virginal reader in college. It just seemed really unreasonable to me that Ana could be so inexperienced after going through college.
- Ana's use of "oh my." Seriously, do you ever say anything else?
- Jose saying "Dios mio." Poor kid has hardly any lines and most of them consist of dios mio. Cliche, cliche, cliche.
- All of the characters use of "shall." Who talks like this???
- Ana talking about her inner goddess as a person. Gag me, please!
- Ana talking about her subconscious as a person. You are so frickin' weird.
- The sex scenes. They got better as the book went on but seriously one of the first ones, Ana talks about her own Christian Grey flavored popsicle. Seriously???? That is way not hot and made me actually chortle out loud.
- Christian is a little bit of a creep. But so was Sparkly Edward... so?
- All the repeated descriptions. Christian's eyes are gray. We get it.

I had a lot of issues with the book. It was very hard to see past the writing for me even though in general, I liked the story. 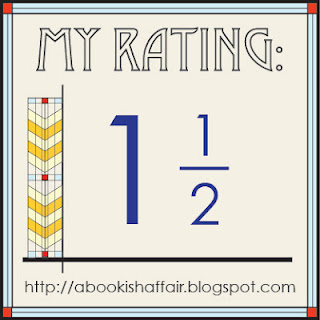