Title: An American Family
Author: Peter Lefcourt
Format: ARC
Publisher: Ebook Only (only available in ebook form)
Publish Date: January 1, 2012
Source: I received a copy from the PR and BookTrib as a part of the scavenger hunt. This did not affect my review.

Synopsis: "AN AMERICAN FAMILY is told through the shifting points of view of the five Perl siblings born in the 1940’s, between the two iconic dates of the last fifty years: the assassination of John F. Kennedy and the catastrophe of 9/11. Within this time frame the Perl family is swept up in the sweeping cultural changes of those years: the Vietnam War, the sexual revolution, rock and roll, drugs, women’s liberation, and the civil rights movement.
During this turbulent time, we meet the Perls -- Meyer, the immigrant tailor with a weakness for Yiddish theater actresses, whose nephew, Nathan, would become a fabric cutter on Seventh Avenue and the patriarch of the clan; Jackie, the young lawyer with a weakness for women, alcohol and Italian-American “clients”; Michael, the business genius intent on building his fortune; Elaine, the married school teacher who wants more from her life than being merely a wife and mother; Stephen, the brilliant and sensitive artist who struggles with his talent and his sexuality; and Roberta, the rebel hungry to experience perhaps a little too much of what life has to offer."

I love stories about families! The Perl family is a Jewish family living in and around New York City and the story covers from the early 60s to 2001. One cool thing is that the author used stories from his own family's history, which I loved. The focus of the story is definitely the Perl family but there is a ton of historical detail interwoven within the family's story. So even though I wouldn't call this book purely historical fiction, there are a lot of things that historical fiction lovers will enjoy. I especially enjoyed the detail about the late 1960s and early 1970s counter-culture. That's such a fascinating time for me.

I really liked Bobbie's story probably the best. As the youngest Perl child, she's sort of the wild card in the family (it's between her and Steven, the son who is confronting whether or not to be true to himself and risk alienating his family). Bobbie is coming of age right during the hippie movement. She gets into a lot of trouble and seems to be bent on becoming the black sheep of the family. She goes to Woodstock and after a drug induced one night stand, she becomes pregnant and creates a really elaborate story about the parentage of her daughter, who she names Grace Slick. Bobbie is incredibly lost but the sort of beautiful thing is that on the whole, her family is still ready to help and try to make life a little more normal for Bobbie and Grace Slick.

Peter Lefcourt has a background in screenwriting and you can definitely tell in this book. He really has a way with words that made the stories of the various characters really come alive. You can imagine exactly what is happening. His writing is incredibly vivid and really makes you care for all of the members of the Perl family.

I really loved getting to know all of the members of the Perl family. They're an interesting group of individuals who have very different ideas of what it means to live but they're still a family. This book will appeal to fans of mulch-generational family stories with lots of interesting characters. 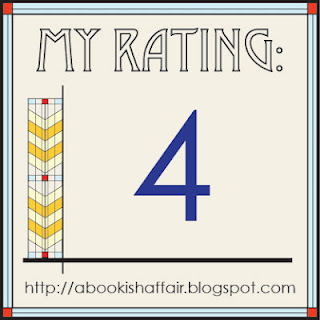 I'm very excited to have Peter here today for a guest post. How has your personal experience as a Jewish American influenced the book?

My experience growing up as a first-generation Polish American Jew in New York was the genesis of this book. I wanted to capture the emotional and psychological effects of the clash of the immigrant Jewish culture with the adopted American one. I was not interested so much in telling my story personally – this book is not an autobiographical novel – but the story of all immigrant cultures, Italian, Irish, African-American, Vietnamese, as well as Jewish. My father came to New York from a shtetl village in Poland in 1922 not knowing a word of English and became a lawyer; I grew up playing stickball on the streets of Queens and became a writer; my son grew up in Los Angeles, went to Yale and became a humanitarian worker who at the moment is in Kyrgyzstan. This evolution, over merely three generations, fascinates me. Our life experiences have been so different, and yet there is an identity linking us together.

I wanted to set this story against the enormous social changes that took place in the second half of the twentieth century: the cultural rift created by the Vietnam War, the rise of feminism, gay identity, the pervasive influence of music. And to show how my characters navigated these changes. I created the fictitious family, the Perls, and decided to tell the story through the shifting point of view of five siblings, all, like me, born in the 1940’s. I chose the two iconic dates of this period – November 22, 1963 and September 11, 2001 – as a parenthesis to enclose the era.

I was interested in the evolution of the family through all these changes – how it adapts to the most dramatic and sweeping changes and still survives as the emotional focus of our lives. I disagree with Tolstoy: all happy families are not alike.

Thank you for being here, Peter!


Don't forget to follow the rest of the scavenger hunt for new content from An American Family!