From Goodreads.com: "When young Robert Dudley, an earl’s son, meets squire’s daughter Amy Robsart, it is love at first sight. They marry despite parental misgivings, but their passion quickly fades, and the ambitious Dudley returns to court.

Swept up in the turmoil of Tudor politics, Dudley is imprisoned in the Tower. Also a prisoner is Dudley’s childhood playmate, the princess Elizabeth. In the shadow of the axe, their passion ignites. When Elizabeth becomes queen, rumors rage that Dudley means to free himself of Amy in order to wed her. And when Amy is found dead in unlikely circumstances, suspicion falls on Dudley—and the Queen…

I love, love, love reading just about anything about Queen Elizabeth I. She was strong and powerful and very unique. Oh, and she was a redhead and this redheaded reader loves fellow redheads ;) If you know anything about Queen Elizabeth I, you might know that she was Henry VIII and Anne Boleyn's daughter. You might know that her nickname was "The Virgin Queen." Or you might know that she had a long time lover named Robert Dudley. This book mostly focuses on Robert Dudley, told from the point of view of none other than Amy Dudley who is Robert's wife. Oh yeah, and Robert has relations with Queen Elizabeth while he's still married. Scandalous in the first degree!!!

I loved that this story is told mostly from Amy's point of view (Elizabeth tells some of the tale as well). It was a really unique point of view. Amy isn't a well known historical figure. Had she not been associated with Robert Dudley, we probably would not know her name. I felt horrible throughout the book for her. She knows exactly what's going on between Elizabeth and Robert. Robert buys Amy all sorts of things to keep her happy and out of his hair. He calls her a mistake and tells her all sorts of horrible things. Amy is basically stuck. Later on in the book, we find out that Amy is suffering from breast cancer on top of everything else she's going through.

Between the chapters narrated by Amy and those narrated by Elizabeth, we get to see how Robert is playing both of them. He's playing both of them just to play them but he's also playing them against each other. Even though Robert is really the one in between the two women, they both sort of blame the other for taking Robert away from each of them. It's an age old situation. Purdy did a fabulous job of really pulling the reader into the story of the pulling between these two women and one very conniving man.

This was the perfect book for me to get lost in. This is the best kind of historical fiction. 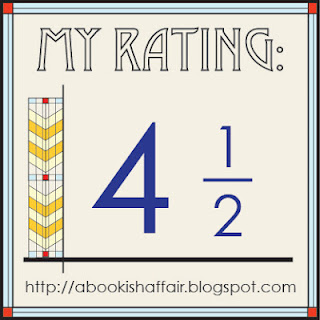 Tuesday, May 29th
Review at Always with a Book

Thursday, May 31st
Review at The Owl Bookmark Blog

Friday, June 8th
Author Interview & Giveaway at The Musings of ALMYBNENR
Review at A Chick Who Reads

Tuesday, June 12th
Review at Diary of a Book Addict

Wednesday, June 13th
Review at The Musings of a Book Junkie

Tuesday, June 19th
Review at To Read, Perchance to Dream

Friday, June 22nd
Author Interview at To Read, Perchance to Dream
Review at Reviews by Molly

Tuesday, June 26th
Author Interview & Giveaway at Passages to the Past