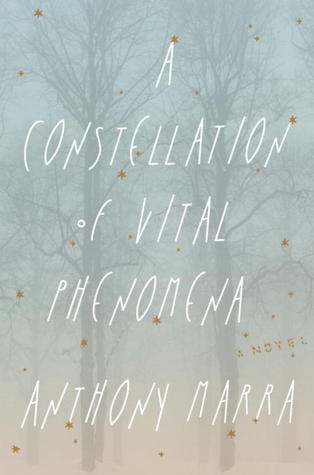 From Goodreads.com: "In his brilliant, haunting novel, Stegner Fellow and Whiting Award winner Anthony Marra transports us to a snow-covered village in Chechnya, where eight-year-old Havaa watches from the woods as Russian soldiers abduct her father in the middle of the night, accusing him of aiding Chechen rebels. Across the road their lifelong neighbor and family friend Akhmed has also been watching, fearing the worst when the soldiers set fire to Havaa’s house. But when he finds her hiding in the forest with a strange blue suitcase, he makes a decision that will forever change their lives. He will seek refuge at the abandoned hospital where the sole remaining doctor, Sonja Rabina, treats the wounded.

For the talented, tough-minded Sonja, the arrival of Akhmed and Havaa is an unwelcome surprise. Weary and overburdened, she has no desire to take on additional risk and responsibility. And she has a deeply personal reason for caution: harboring these refugees could easily jeopardize the return of her missing sister. But over the course of five extraordinary days, Sonja’s world will shift on its axis and reveal the intricate pattern of connections that weave together the pasts of these three unlikely companions and unexpectedly decides their fate. A story of the transcendent power of love in wartime, A Constellation of Vital Phenomena is a work of sweeping breadth, profound compassion, and lasting significance."

Let me just say that "A Constellation of Vital Phenomena" was such an amazing book. It is so hard to believe that this is Marra's debut novel. This is one of the books where I am having a hard time describing it to people just because I'm so worried about giving the story its due justice. The subject matter of this book centers around the Chechen wars in Russia in the 1990s and mid-2000s and focuses on several characters whose lives and destinies are interwoven with each other.

This book is heartbreaking but redeeming. I loved so many of the characters in this book. You really want them to pull through and for things to be okay for them. There are a lot of characters in this book but the way that Marra weaves them together is pretty amazing. He focuses on the people that in many ways are innocent bystanders in all of the violence going on in Chechnya. I thought it was such an interesting way to allow the reader into the world of this region.

I fancy myself relatively knowledgeable about history and politics but admittedly I do not know very much about Chechnya at all. I know a little bit about the various wars and the politics of the area but this book gives a really intimate view of the war and the effect that it had on the people of the region. Although this book is fiction, I think that it gives really good insight into what happened to this region and how the past events are continuing to impact what is happening in this region today. I know that I certainly have a better understanding of Chechnya. In the author's note, you get to see how much

Marra's writing is one of the stars of this book. Overall, the writing is very good. He pulls you very deeply into the lives of these characters. Ahhh! It's so hard to describe. One minute he's writing something really serious that made me tear up and the next, he's sliding in a little bit of humor that comes out of nowhere.

I know that I will eagerly be anticipating his next release! 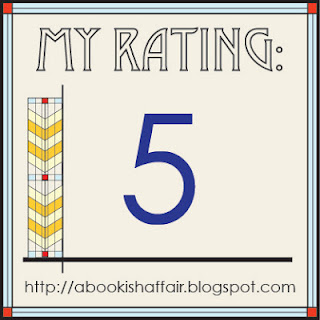 I am extremely excited to be able to give away a copy of this amazing book.