Review: Lost and Found in Russia by Olga Godim

Title: Lost and Found in Russia
Author: Olga Godim
Format: Ebook
Publisher: Eternal Press
Publish Date: February 1, 2013
Source: I received a copy from the author; however, this did not affect my review. 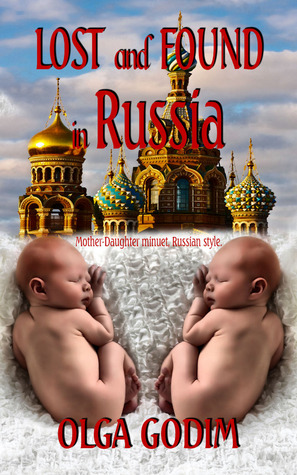 From Goodreads.com: "After a shocking discovery that her daughter was switched at birth thirty-four years ago, Amanda embarks on a trip to Russia to find her biological daughter. Meanwhile, Sonya—a thirty-four-year-old Russian immigrant and a former dancer— battles her daughter’s teenage rebellion. While Amanda wades through the mires of foreign bureaucracy, Sonya dreams of dancing. Both mothers are searching—for their daughters and for themselves."

"Lost and Found in Russia" is the story of a woman, Amanda, finding out that her 30 something year old daughter was switched at birth when she gave birth to her in a Russian hospital. Amanda then goes to search for her birth daughter, leaving the daughter that she raised behind with barely any regard for her feelings. The book is told from the perspectives of Amanda and Sonya, Amanda's birth daughter. I was definitely interested in the story line; however, the execution fell flat for me.

I had a hard time connecting with one of the main characters, Amanda. Yes, I understood why Amanda would want to go find her birth daughter right away but I felt really bad for Gloria who is left behind with no one really. Amanda is so hard pressed to find her birth daughter. Gloria tries to be a good sport about it even though you can tell that she sort of feels abandoned. I wish that we would have been able to know more about Gloria's thoughts and feelings as that would have added a little more gravitas to this book.

There were several places in this book where there were loose ends that were not tied up at the end. For instance, what happens to Sonya and Sergei's relationship? What happens to Amanda's romances? I also wish that we got more closure on what all of these people's relationships look like. Sonya at one point questions whether or not she and her daughter would be so accepting of Amanda if Amanda didn't have money but we don't get to see Amanda and Sonya's relationship to understand this.

This being said, I think the author is promising. This book needed a little bit more polishing, editing, and streamlining but the bones of an interesting story are there. 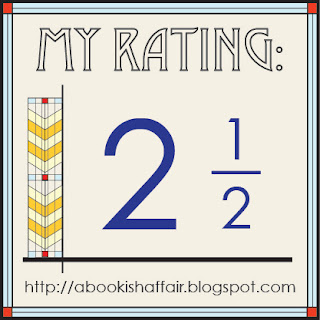