Review: The Rise & Fall of Great Powers by Tom Rachman

Title: The Rise & Fall of Great Powers
Author: Tom Rachman
Format: ARC
Publisher: Dial Press
Publish Date: June 10, 2014
Source: I received a copy from the publisher; however, this did not affect my review. 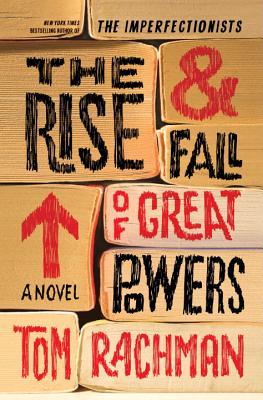 From Goodreads.com: "Tooly Zylberberg, the American owner of an isolated bookshop in the Welsh countryside, conducts a life full of reading, but with few human beings. Books are safer than people, who might ask awkward questions about her life. She prefers never to mention the strange events of her youth, which mystify and worry her still.
Taken from home as a girl, Tooly found herself spirited away by a group of seductive outsiders, implicated in capers from Asia to Europe to the United States. But who were her abductors? Why did they take her? What did they really want? There was Humphrey, the curmudgeonly Russian with a passion for reading; there was the charming but tempestuous Sarah, who sowed chaos in her wake; and there was Venn, the charismatic leader whose worldview transformed Tooly forever. Until, quite suddenly, he disappeared. Years later, Tooly believes she will never understand the true story of her own life. Then startling news arrives from a long-lost boyfriend in New York, raising old mysteries and propelling her on a quest around the world in search of answers."

"The Rise and Fall of Great Powers" is the story of Tooly, a young woman who spent most of her childhood adrift with a cast of characters that turned everything upside down. Tooly is content to live a quiet life as the proprietor of a small bookstore in Wales and is sure that her life is much better even if she doesn't seem to fully understand how she got there. This book started out with a bang for me and was filled with really interesting characters set against a great backdrop.

I was enamored with Tooly's life in Wales. What reader would not love to own a nice bookstore? This is one book where it would be fun to make a list of all of the books that the characters read and read them. Tooly goes through a lot of books - you have to appreciate it as a reader!  It was really interesting for me to read the contrast between Tooly's chaotic early life and her quiet adult life. Tooly finally has what she really wanted but that doesn't keep her from wanting to try to figure out all the little pieces of her early life. She was a really great character and even though she definitely was not as "out there" and as larger - than - life as some of the other characters, I still liked following her story.

I liked the writing of the book. Rachman has a good way with descriptions that really pulled me into the book and made me see what the characters are seeing. The way that the story was told was a little bit confusing though and took away some of my enjoyment of the book. The book jumps back and forth between several time periods and it was quite confusing where Tooly was in her life because she really doesn't seem to change throughout the book; she is the consummate observer with so much going on around her. I had to keep re-reading in order to figure out where I was in the story. This definitely made my reading a little choppy.  Overall, I like the story but wish that it had been a little more straight forward chronologically. 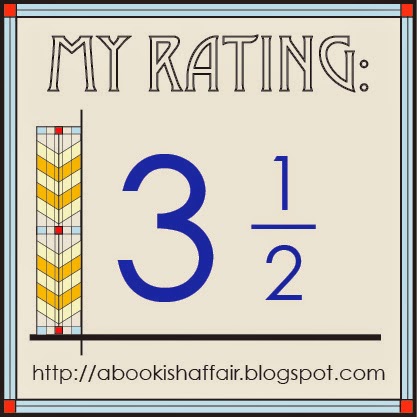