Title: No Surrender Soldier
Author: Christine Kohler
Format: Hardcover
Publisher: Merit Press
Publish Date: January 1, 2014
Source: I received a copy from the publisher; however, this did not affect my review. 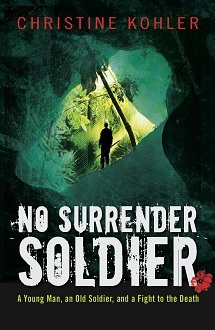 From Goodreads.com: "A young man, an old soldier , and a terrible injustice. Should the punishment be death?

Growing up on Guam in 1972, fifteen-year-old Kiko is beset by worries: He’s never kissed a girl, and he thinks it’s possible he never will. The popular guys get all the attention, but the worst part is that Kiko has serious problems at home. His older brother is missing in Vietnam; his grandfather is losing it to dementia; he just learned that his mother was raped in World War II by a Japanese soldier. It all comes together when he discovers an old man, a Japanese soldier, hiding in the jungle behind his house. It’s not the same man who raped his mother, but, in his rage, Kiko cares only about protecting his family and avenging his mom – no matter what it takes. And so, a shy, peaceable boy begins to plan a murder. But how far will Kiko go to prove to himself that he’s a man ? Based on a historical incident, No Surrender Soldier is the story of a boy grappling with ancient questions of courage and manhood before he can move on."

"No Surrender Soldier" is the story of Kiko, a teen who lives on the island of Guam during the 1970s. He has the same dreams, thoughts, and worries as most teenagers until his life is turned upside-down when he discovers a Japanese soldier who has been hiding since World War II, which sets off a whole course of events that will make Kiko question his family's past and whether or not revenge is ever truly worth it. Yes, it sounds far-fetched but the author actually based this story on a true case. This is an interesting young adult story with a good deal of armchair traveling!

The writing in this book was good and the pacing worked fairly well. I did wish that there was a little bit more detail in the book though. The first part of the book is mostly about Kiko and his family and their lives. The Japanese soldier did not come until later in the book. I kind of think that it would be interesting to see more about what the Japanese soldier's life was like and how he survived. I found myself wondering why that was left out.

Overall, this was a great fictional take on a true story! 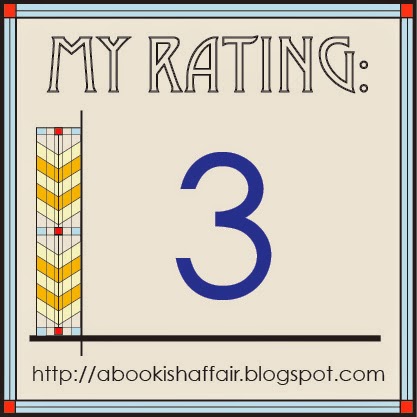