Review and Giveaway: A Girl Called Fearless by Catherine Linka

Title: A Girl Called Fearless
Author: Catherine Linka
Format: Ebook
Publisher: St. Martin's Griffin
Publish Date: May 6, 2014
Source: I received a copy from the publisher; however, this did not affect my review. 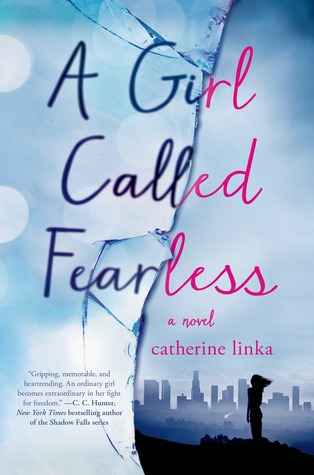 From Goodreads.com: "Avie Reveare has the normal life of a privileged teen growing up in L.A., at least as normal as any girl’s life is these days. After a synthetic hormone in beef killed fifty million American women ten years ago, only young girls, old women, men, and boys are left to pick up the pieces. The death threat is past, but fathers still fear for their daughters’ safety, and the Paternalist Movement, begun to "protect" young women, is taking over the choices they make.Like all her friends, Avie still mourns the loss of her mother, but she’s also dreaming about college and love and what she’ll make of her life. When her dad "contracts" her to marry a rich, older man to raise money to save his struggling company, her life suddenly narrows to two choices: Be trapped in a marriage with a controlling politician, or run. Her lifelong friend, student revolutionary Yates, urges her to run to freedom across the border to Canada. As their friendship turns to passion, the decision to leave becomes harder and harder. Running away is incredibly dangerous, and it’s possible Avie will never see Yates again."

"A Girl Called Fearless" is a dystopian tale of a world where almost all of the adult women have died after an outbreak of ovarian cancer caused by a chemical in the food supply. Now women are in high demand and even teens are being sold off to the highest bidder. Avie is a teenager whose mother died from this plague of sorts and her father takes bids on her to fund his biotech country. It's now Avie's turn to fight to live the way that she wants but the forces may be too great. If you are looking for a good sci-fi/ dystopian book with good world building, this might be a really good book for you to choose!

I really love dystopian books but I went through a period recently where I was actually sort of burnt out on the genre. This book really restarted my interest in the genre. A big part of that is that the world building in this book was really good. First off, the issue of women getting sick from something in the food supply is super creepy but it feels like something that could actually happen, which I think made this book feel a little scarier to me. The world that Avie lives in feels both familiar and foreign at the same time. This book is not supposed to take part too far away from present day, which also made the book feel a little scary.

The characters in this book were also fascinating to me. Avie is a heroine that you will be cheering for. She is so strong even with all of the forces that she has pushing against her in this book. I liked that the book was told from her perspective, which pulled me further into her book. I liked being able to see what she was thinking in all of the different situations she goes through in this book. She is truly fearless. I liked the secondary characters too such as Yates, who is so interesting. I would have liked to know a little more about his motivations but overall, you do get a good sense of him in this book.

Overall, this is a good story for my fellow dystopian lovers! 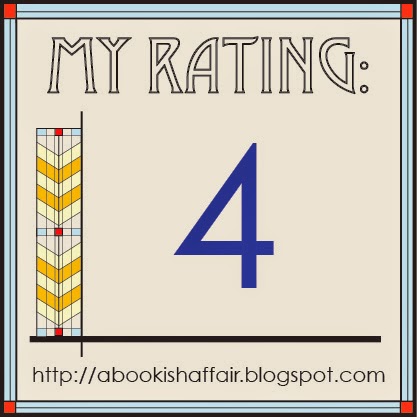 Thanks to the publisher, I am excited to be able to give away a paperback copy of this book (U.S./CAN only)!