Title: I'll See You Again
Authors: Jackie Hance with Janice Kaplan
Format: Paperback
Publisher: Gallery Books
Publish Date: April 23, 2013
Source: I received a copy from the publisher; however, this did not affect my review. 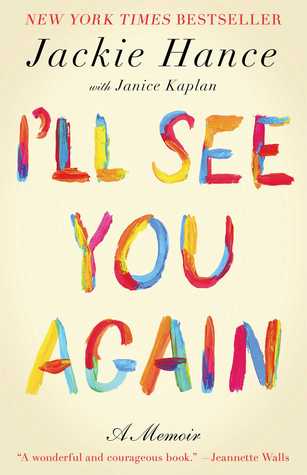 From Amazon.com: "Until the horrific car accident on New York State’s Taconic Parkway that took the lives of her three beloved young daughters, Jackie Hance was an ordinary Long Island mom, fulfilled by the joyful chaos of a household bustling with life and chatter and love. After the tragedy, she was “The Taconic Mom,” whose unimaginable loss embodied every parent’s worst nightmare. Suddenly, her life-long Catholic faith no longer explained the world. Her marriage to her husband, Warren, was ravaged by wrenching grief and recrimination. And her mind, unable to cope with the unfathomable, reinvented reality each night, so she awoke each morning having forgotten the heartbreaking facts: that Emma, age 8; Alyson, age 7; and Katie, age 5, were gone forever. They were killed in a minivan driven by their aunt, Jackie’s sister-in-law, Diane Schuler, while returning from a camping weekend on a sunny July morning.

I’ll See You Again chronicles the day Jackie received the traumatizing phone call that defied all understanding, and the numbed and torturous events that followed—including the devastating medical findings that shattered Jackie to the core and shocked America. But this profoundly honest account is also the story of how a tight-knit community rallied around the Hances, providing the courage and strength for them to move forward. It’s a story of forgiveness, hope, and rebirth, as Jackie and Warren struggle to rediscover the possibility of joy by welcoming their fourth daughter, Kasey Rose Hance."

"I'll See You Soon" is a memoir by Jackie Hance, whose family became a news headline after her sister-in-law, Diane, drove the wrong way on a highway in New York and got into a car accident, which killed Diane as well as one of her children and all three of Ms. Hance's children. It was definitely a tragedy and was one that outraged many. Hance seeks to show how she coped with this tragedy in this book.

This was definitely a hard read for me for a couple reasons. First off, the subject matter is difficult. I'm not a parent but I can only imagine how horrible it would be to lose all of your children due to someone else's negligence. Second off, the book is supposed to be about how Hance copes with the loss of her children but she never really seems to cope fully with moving on with her life. I think we all realize that grieving is not a linear process at all. Hance has much of her identity tied up with being a parent and I realize that she must feel lost but she never seems to get over that hump of how to move forward without holding yourself back in some way.

This book seems to be much more about the process of grieving (healthy or unhealthy) than the solution to how you grieve. This book really left me with many more questions than answers. On the other hand, it is hard to say that there should be answers in these sorts of books- they are memoirs of course and sometimes we don't get full answers in life. I was more interested in how Hance related to her brother-in-law (Diane's husband). We get a taste of it but we really don't get the full story. How could Diane's husband deny what the toxicology reports showed? Why was she drinking and taking drugs? Was this a random event or had something like this happened before? So many questions and not many answers!

Overall, I enjoyed this memoir but wanted more! 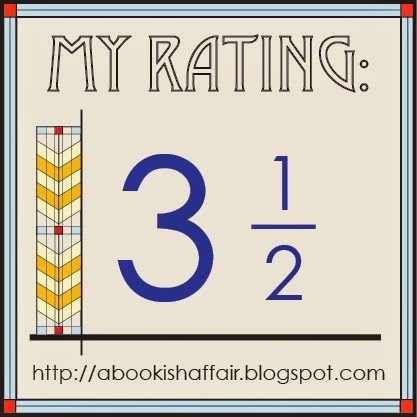