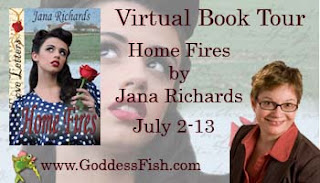 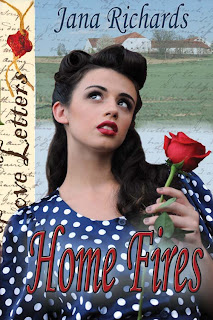 
Synopsis:  Anne Wakefield travels halfway around the world for love. But when she arrives in Canada from England at the end of World War Two, she discovers the handsome Canadian pilot she’d fallen in love with has married someone else. Heartbroken, she prepares to return to London, though she has nothing left there to return to. Her former fiancé’s mother makes a suggestion: marriage to her other son.

Badly wounded and scarred during the war, Erik Gustafson thinks he’s a poor substitute for his brother. Although he loves Anne almost from the first time he sees her, he cannot believe she would ever be able to love him as he is – especially as he might be after another operation on his bad leg. Anne sees the beauty of his heart. The cold prairie winter may test her courage, but can she prove to Erik that her love for him is real?

I've always been fascinated by stories of the women who came over to America and Canada after the World Wars as war brides. I have really only read non-fiction stories about these women so I found this book interesting off the bat. I think it's just so fascinating that these women left everything that they knew behind for the promise of love and a perhaps a better life in the process. Tis a romantic idea, no?

I felt really bad for Anne. She comes to Canada wanting to marry one brother, Anders, only to realize that he's already involved (deeply involved) with another woman. His family still takes her in. Even though Anne landed in a good place with people caring for her, you still have to feel for her. I was rooting for her throughout the book.

This book is very short. Since I found the subject matter so fascinating, I found myself wishing in a lot of places wishing for there to be a little more detail. The part where Erik's mother let's Erik know about the family secret seemed a little too neat. I wanted to know more about how things were between her and her husband with regard to the big, huge family secret. It's not a bad sign when you want the book to be a little longer!

That being said, this was a good romance with an interesting story. It's a great, quick read that historical romance lovers will really enjoy! 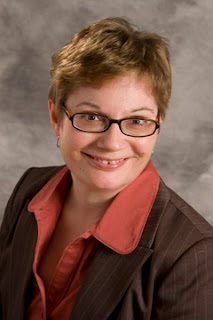 “Home Fires” is set just after the end of World War II, in late 1945. My heroine, Anne Wakefield, arrives in Canada to marry her Canadian fiancé, a handsome pilot she met in London. That marriage doesn’t take place, but she still finds love in her new country. Anne is part of a huge influx of young war brides arriving in Canada after the war. Unlike Anne, most of these women were already married to their Canadian soldier-husbands before they arrived, and many of them already had children. They took a leap of faith, holding on to the hope that love would see them through.

These women were leaving everything familiar to them and coming to a strange new world where nothing was familiar, sometimes not even the same English language. In the book “Brass Buttons and Silver Horseshoes: Stories From Canada’s British War Brides” by Linda Granfield, one bride told the story about speaking to one of her new neighbors in Canada and saying to her that her husband must make a good screw. She didn’t understand when the woman suddenly became distant towards her, because at that time in England, the term “makes a good screw” meant that someone made a good living or had a good job. Obviously, the term has a totally different meaning in North America! The language barrier between Brits and Canadians was so profound that a book produced by the Canadian government called “Welcome to War Brides”, included a glossary of terms translating common English words and phrases into Canadianisms. For instance, the English term ‘napkins’ (baby’s) was translated to ‘diapers’, ‘ladder’ (in stocking) to ‘run’, and ‘torch’ to ‘flashlight’.

Food was another place where things could go terribly wrong. The same handbook offered the war bride advice on cooking for her new Canadian husband. After six years of rationing and being engaged in war work, many young women didn’t have much in the way of cooking skills. Even if they did have experience, the cooking equipment in their new homes was sometimes unfamiliar. Since many war brides came from cities or towns, they were used to cooking with gas or electricity. In my book, Anne struggles to learn to bake bread, a fundamental skill for any farm wife. But she found that regulating the heat in the old cast iron wood stove to be nearly impossible, and she burns her first few batches. I took that story directly from a story told by a war bride who offered either burnt or half-raw meals to her husband for many months before she finally figured out how to use the wood stove.

One of the greatest difficulties for many war brides was adjusting to their husbands’ homes. In the 1940s, the majority of Canadians lived on farms and small rural villages. When Anne arrives on her fiancé’s family farm in Saskatchewan, there is no electricity, no indoor plumbing, no telephone. Like many war brides, she’s used to modern conveniences, even during wartime. The primitive conditions come as something of a shock, even if husbands had warned them what to expect. In the book “Risking it all for Love”, the war bride author had grown up in an affluent family. She was used to tea in china cups, frequent bubble baths, and sending her laundry out to be done. When she arrives on her husband’s farm in Saskatchewan, she had to do her own laundry for the first time. Long, hot bubble baths were a thing of the past. Having a bath involved hauling in water from a well, heating it on the wood stove, and then draining the tub and hauling it away. No wonder several members of the family bathed in the same water, and that ‘bath night’ was generally once a week!

I believe stories of World War II are popular with readers because they are about ordinary people who
are called to do extraordinary things by extraordinary events. Most answered that call with energy, bravery, and a sense of duty. I often wonder if I would be as brave if faced with such circumstances
today.

The Second World War affected people all over the world in a myriad of ways. There are still many stories to be told, whether they be quiet, domestic stories about the aftermath of the war in Canada, as in “Home Fires”, or tales of the heroism and sacrifices in the French Resistance, such as in my novella “Flawless”. I hope these human stories of the enduring power of love during wartime fascinate readers as much as they do me.

Thank you, Jana! And remember: Jana will award a $25 Amazon GC to one randomly drawn commenter during the tour.