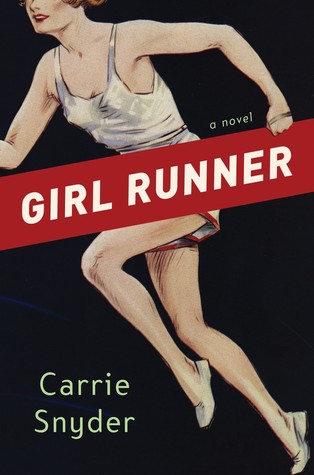 From Goodreads.com: "Girl Runner is the story of Aganetha Smart, a former Olympic athlete who was famous in the 1920s, but now, at age 104, lives in a nursing home, alone and forgotten by history. For Aganetha, a competitive and ambitious woman, her life remains present and unfinished in her mind.

When her quiet life is disturbed by the unexpected arrival of two young strangers, Aganetha begins to reflect on her childhood in rural Ontario and her struggles to make an independent life for herself in the city.

Without revealing who they are, or what they may want from her, the visitors take Aganetha on an outing from the nursing home. As ready as ever for adventure, Aganetha's memories are stirred when the pair return her to the family farm where she was raised. The devastation of WWI and the Spanish flu epidemic, the optimism of the 1920s and the sacrifices of the 1930s play out in Aganetha's mind, as she wrestles with the confusion and displacement of the present."

"Girl Runner" is the story of Aganetha, a now 104 year old, who has essentially been shuttered away in a nursing home. She tries not to dwell too much on her past as an Olympic runner for Canada. She seems to be looking for the end. She seems resigned to the idea that her best days are behind her and she is ready for her sunset. A young man and woman come looking for her at the nursing home and it drums up memories of Aggie's life that she never thought she would have to confront again.

This book was a little shaky for me. It took me awhile to get into the book. I was very interested in the part of the book that took place in the past. Seeing how Aggie goes from a farm girl to a runner was so interesting. She does some really amazing things in a time where women athletes were not prevalent at all. Aggie is truly a trailblazer. The present day story did not grab me very much at the beginning until the motives of the two young people who spring Aggie from the nursing home become clear. This does not happen until the middle to the end of the book so I kept wondering where this part of the story was going. I also wanted more out of the ending of the book.

The writing in the book is good and it definitely kept me reading and interested in the story. I really liked how Aggie's voice was captured. Snyder really makes us feel for her and care about her. I would love to read more by Snyder in the future. 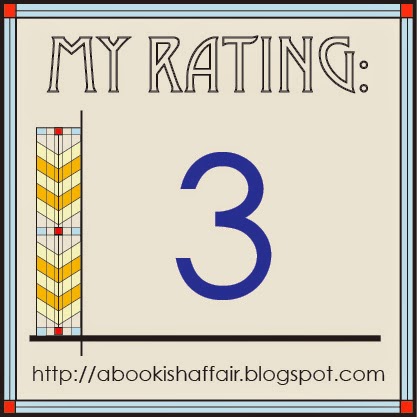