Review and Author Interview: The Orphan Sky by Ella Leya

Title: The Orphan Sky
Author: Ella Leya
Format: ARC
Publisher: Sourcebooks Landmark
Publish Date: February 3, 2015
Source: I received a copy from the publisher; however, this did not affect my review. 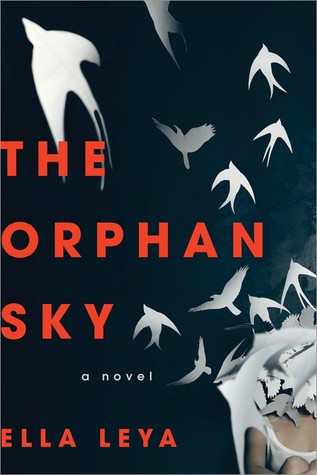 From Goodreads.com: "Set at the crossroads of Turkish, Persian and Russian cultures under the red flag of Communism in the late 1970s, The Orphan Sky reveals one woman’s struggle to reconcile her ideals with the corrupt world around her, and to decide whether to betray her country or her heart.

Leila is a young classical pianist who dreams of winning international competitions and bringing awards to her beloved country Azerbaijan. She is also a proud daughter of the Communist Party. When she receives an assignment from her communist mentor to spy on a music shop suspected of traitorous Western influences, she does it eagerly, determined to prove her worth to the Party.

But Leila didn’t anticipate the complications of meeting Tahir, the rebellious painter who owns the music shop. His jazz recordings, abstract art, and subversive political opinions crack open the veneer of the world she's been living in. Just when she begins to fall in love with both the West and Tahir, her comrades force her to make an impossible choice."

"The Orphan Sky" is the story of Leila, a talented musician and committed daughter of the Communist Party. Leila loves her music and she believes that Communism is the way to go for her beloved country. It is 1979 and her world is changing rapidly. Leila will have a chance meeting with Tahir, a fellow musician who opens Leila's eyes in many different ways. Leila will find herself trapped between love, free-thinking, and everything that she thought that she knew before.

Leila is a great character. The author did a great job of showing what a big transition that Leila goes through. In the beginning, we see an almost timid young woman whose life revolves around the fervent passion drummed up by the young Communist group that she belongs to. She sleeps and breathes it and doesn't question the mission that she is given to spy on Tahir. Tahir shows her that there is so much of the world that she is missing. He shows her the forbidden music that she is missing and it is through that music that we witness Leila and Tahir falling for each other. I really loved the love story between Tahir. Tahir is irreverent and shows Leila that there is another way. Leila realizes how dangerous it is but cannot help but to fall hard.

Before reading this book, I did not know much about Azerbaijan at all. I especially did not know anything about the country during Communist times. I love when a book can teach me something new. In a way, Leila's transition throughout the book reflects the changes that Azerbaijan was going through at the time. It was interesting to me to see how the author showed these changes set against each other. It really helped me to be pulled into the book. Overall, this is a great story of love and passion and the way that they have the power to change us mere mortals. 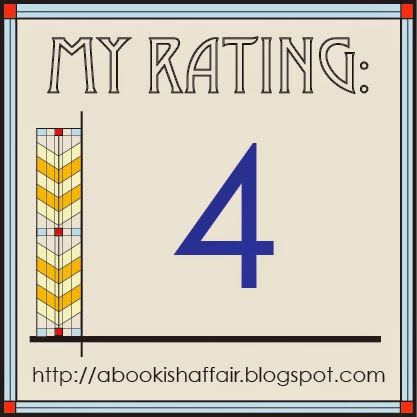 I am thrilled to have Ella Leya here to A Bookish Affair today. 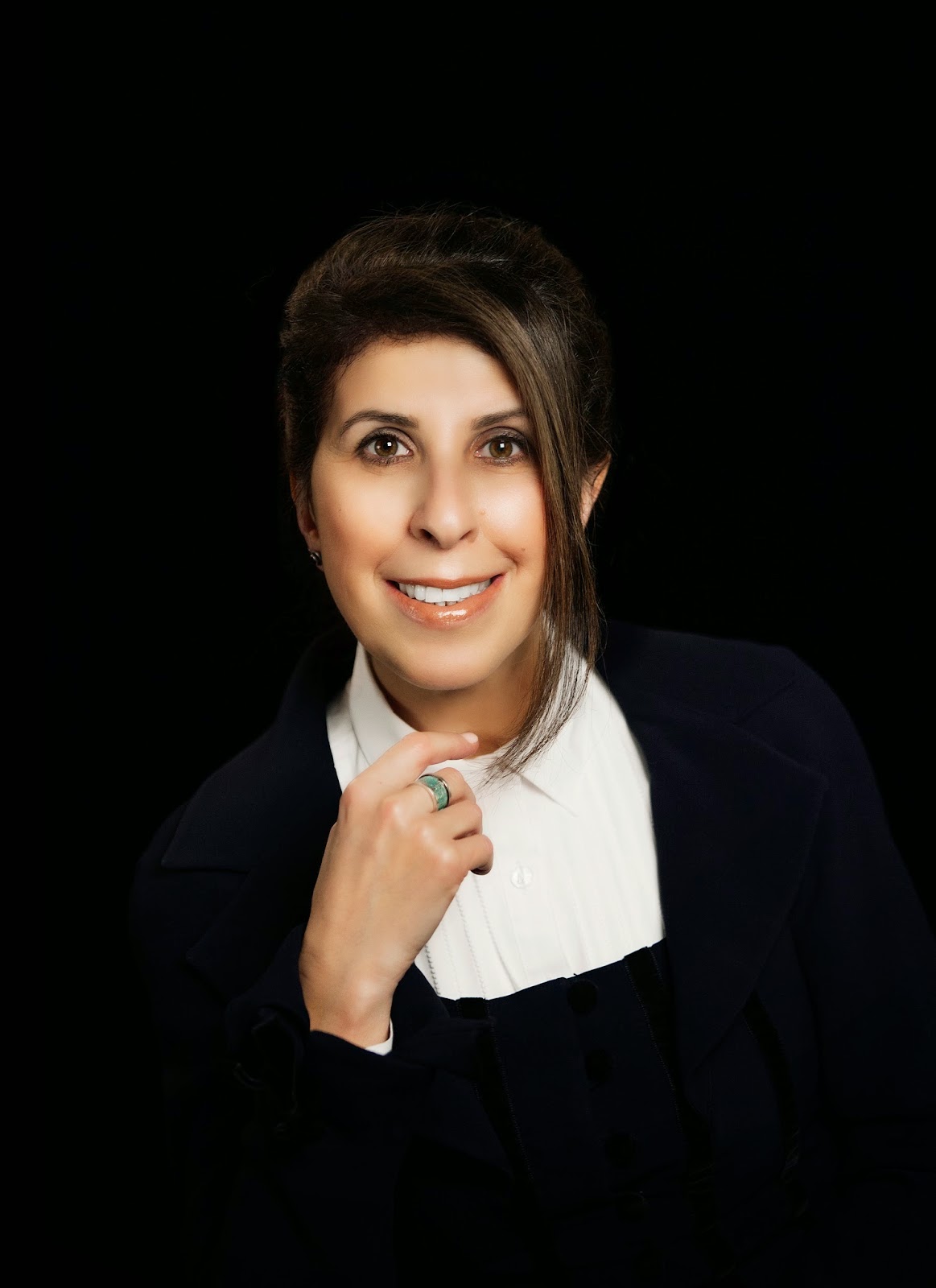 1. What inspired you to write this book?

A tragic loss of my son Sergey. He was almost nine and had a beautiful way with words. The endless nights in the hospitals seemed shorter when Sergey and I collaborated on our songs. I came up with melodies, and Sergey weaved his magic with stories. His English was much better than mine after the first three years in America. And we dreamed that some day we would have enough money to go to the studio and record a CD. Then Sergey was gone, and all I was left with were a bottle of morphine and our ten songs, resonating with some happier moments from our past, filled with nostalgia for the places far away… ‘The Orphan Sky,’ initially titled “Maiden Tower” grew out of those songs—my escape from pain and loneliness, a chance to go back to the beginning and try to change, fix, rewrite destiny.

2. What do you want people to know about Azerbaijan?

Azerbaijan stands at the cusp of Asia and Europe, at the crossroads of Turkish, Persian, and Russian cultures, and at the flash points of the most dangerous, volatile and unpredictable region of today’s world.

Azerbaijan is the ancient “Land of Fire,” surrounded by the austere Caucasus Mountains and washed by the warm turquoise waters of Caspian Sea. It is where Zoroastrian priests burned their eternal flames gushing from the bowels of the oil-rich earth and where whirling dervishes span into divine ecstasy.

Azerbaijan is as much a fairytale of my childhood as it is a gloomy reminder of my growing up in an Islamic male-dominated, communist-subjugated society, deprived of freedom, brainwashed by lies, constantly forced to make impossible moral choices.

3. Why do you think music is so powerful?

I believe that music is a divine part of our human existence. It has the ability to bypass the barriers of languages, traditions, egos, and reasons and strike right into our souls, bringing emotions that can be felt and can’t be described. As a composer and a logical person, I understand that any concerto, sonata, or song is simply a combination of the notes, rhythmical patterns, dynamics, and instrumental and vocal timbres. But then I will be recording a music piece in the studio, and the moment comes when all rationale disappears and, instead, comes the sensation of ‘touching the skies’—something so ethereal and unconditional.  Like first love.

4. What was your writing process like for this book?

I started writing in Chicago what was supposed to be a memoir. Then recording a CD and producing a play distracted me. I resumed writing in Laguna Beach, California. That period was a paradise— morning walks on the beach to get my thoughts together, followed by 4 hours of writing on my balcony facing the Pacific. When I finally settled into a routine, I had to pack and move to London. The first six months I spent complaining that I couldn’t write because London was dark and gloomy and lacked an inspiration for me. Then one day, as I stood by a Rembrandt’s painting of his son in the Wallace Collection, I felt the presence of my Muse. Knowing how fickle she is, I rushed home and dove into the novel, afraid to stop till I had the first draft. Of course that was only the beginning of the next phase called ‘rewrites and revisions.’

5. If you could bring any three historical figures or fictional characters to a deserted  island, who would you bring and why?

Either Scheherazade or Salman Rushdie, so they could bewitch me with the spell of their nightly storytelling.

Wolfgang Amadeus Mozart—to be awaken by the sounds of Piano Concerto #20 spilling out of his fingers, accompanied by his laughter and his not always tasteful jokes.

As for the third candidate, I would probably need someone who could defend and keep us alive on the deserted island. How about Golem? A Jewish mythological hero and a fictional character in hundreds of books written over the centuries (starting with Talmud). Golem was a prototype for many contemporary superheroes, like Superman.