Where In The World Is Archetype? Blog Tour: Archetype by M.D. Waters

Title: Archetype
Author: M.D. Waters
Format: ARC
Publisher: Dutton
Publish Date: February 6, 2014 (Add to your TBR list now; this book is so worth it)
Source: Where In The World Is Archetype? Blog Tour 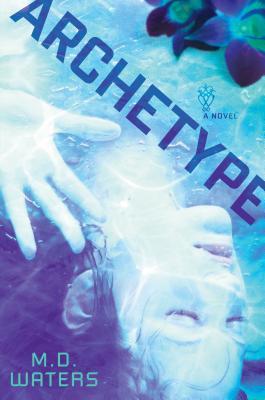 From Goodreads.com: "Emma wakes in a hospital, with no memory of what came before. Her husband, Declan, a powerful, seductive man, provides her with new memories, but her dreams contradict his stories, showing her a past life she can’t believe possible: memories of war, of a camp where girls are trained to be wives, of love for another man. Something inside her tells her not to speak of this, but she does not know why. She only knows she is at war with herself.

Suppressing those dreams during daylight hours, Emma lets Declan mold her into a happily married woman and begins to fall in love with him. But the day Noah stands before her, the line between her reality and dreams shatters.

In a future where women are a rare commodity, Emma fights for freedom but is held captive by the love of two men—one her husband, the other her worst enemy. If only she could remember which is which. . . .

The first novel in a two-part series, Archetype heralds the arrival of a truly memorable character—and the talented author who created her."

I was so excited about this book before I read it! I had heard really good things about this book. Now that I've read the book, I am just as excited but now I'm excited to tell you all about it. If you like sci-fi and dystopian books and you're looking for a really good story to get totally and utterly engrossed in, this is the book for you. Let me put it this way, I started it an afternoon after work and had to stay up late to finish it because I. Could. Not. Put. It. Down. This is serious, guys.

Oh, there are so many twists and turns in this book and it definitely kept me on my toes. I love being surprised! I loved the world in the book. It's definitely not someplace that I would ever like to live. Ms. Waters really brought this world to life for me. The world Emma Burke is one where women are a hot commodity. There aren't enough women to go around so each woman is an incredibly precious resource and meant to be protected by their men. Infertility is a huge problem in this world. Only fertile women are allowed to be married. In this world, women go to camps as girls in order to learn to be good wives to their future husbands. It's a fascinating setting but also a little bit scary! Even though this is a fictional world, it is definitely a thought provoking one.

The writing in the book is good. The book is told from the point of view of Emma, which really brought me into the story. We get to see first hand what she is feeling and thinking and we're able to put together the pieces of what happened to her alongside her. She's a really good character and I am eagerly awaiting the companion book to this one, which will be out later in 2014, I believe.

I really need my own copy of this book as I know that it's one that I'm going to want to re-read, especially since I've been through all the twists and turns once. This book is truly a treat for sci-fi and dystopian fans and I fully recommend it. 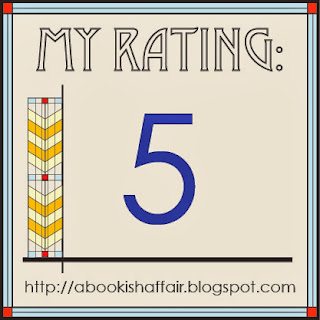