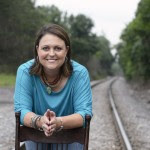 Thanks so much for having me at A Bookish Affair, it’s a pleasure to be here.
My book, ‘Forgetting Tabitha; the Story of an Orphan Train Rider’, explores what it was like to be an orphan living in the Five Points District of New York City in the 19th century.  Tabitha, the heroine, is a spunky young ten year old girl who was raised by Irish Immigrants until tragedy strikes leaving her alone to navigate the tumultuous city streets.
We follow Tabitha on her heart breaking journey and meet many other orphans along the way.  The common factor between the children being the will to survive.
Orphan trains took the indigent off the city streets and transported them via railway in all directions west in hopes of finding stable homes or work.   Children were given new identities along with bibles that would help them become Christian.  They were to forget their pasts as they boarded the trains and never look back.
What makes this story so remarkable is that it really happened.  Inspired by this little known nugget of America’s history I felt compelled to bring forth the circumstances and lives lived by over two hundred thousand orphan train riders.  I wonder why it isn’t studied in history class as I feel it would be a fabulous addition to the curriculum.   The construction of the rail road itself proved as interesting as the study of Reverend Brace, the gentleman who developed the idea of orphan trains.  As a result of his progressive thinking we now have our modern day foster care system.
I thank you all for taking the time to learn more about Tabitha, Scotty, Edmund, Gert, and Sonya, all characters in my book who rode the orphan train.  May you become as inspired by their inner strength and fortitude as I was by my research.
Julie

I'm excited to be able to give away a copy of "Forgetting Tabitha" (open internationally). Just fill out the Rafflecopter form below.