Review: An Army of Judiths by C.J. Underwood

Title: An Army of Judiths
Author: C.J. Underwood
Format: Ebook
Publisher: Knox Robinson
Publish Date: September 4, 2013
Source: I received a copy from the author; however, this did not affect my review. 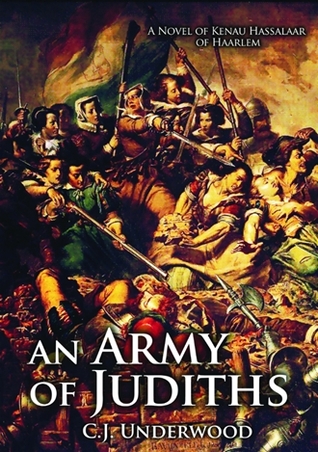 From Goodreads.com: "Netherlands, 1572 Across the Low Countries, towns and cities have barricaded their gates against King Phillip II of Spain’s invading army led by the bloodthirsty Duke of Alva and his tyrannical son, Toledo. With Amsterdam subjugated, and the ongoing merciless conquest of smaller towns, Spain’s mighty foothold in the Netherlands is gaining strength.

Discharged as governor of the Netherlands by Spain, Prince William of Orange has amassed a fleet of ‘Seabeggars’, his unofficial navy of furious and vengeful noblemen, bent on defending their faith, land and fortunes. But they are losing.  Holland is in the grip of Spain, and the grip is tightening.

The city of Haarlem, just ten miles west of Amsterdam, is in King Phillip’s way. Holland cannot be conquered without Haarlem and the Spanish army marches to take the city. As it nears Haarlem, the city is thrown into disorganized panic.

Mother, sister, widow and shipbuilder, Kenau Hasselaar is the sister-in-law of William of Orange’s physician. She has much to lose should Haarlem fall to Spain.

With a passion to rival King Phillip’s own, Kenau forms a troop of three hundred women, her Army of Judiths. Furious and driven, she trains her troops to match the Spanish invaders blow for bloody blow. With these women, Kenau launches a defense of the city in a desperate bid to protect her family, her way of life, and her beloved home."

Okay, I think I've told you guys this before but one of the things that I absolutely love about historical fiction is that oftentimes they'll introduce you to something new. It's always nice to learn a little something while you're reading for pleasure! "An Army of Judiths" was very much that kind of book for me. Before reading this book, I had no clue about the Spanish attacking the Netherlands. I got to learn about the battles raging across the country and I also got to "meet" some pretty cool characters along the way (this was definitely a win-win for me). All in all, this book is truly a treat for historical fiction lovers.

I also really liked that this story was about sisters. The story focuses on Kenau, a woman who gathers an army made up of other women to fight the Spanish (this is where the title of the book comes from). Amazingly, Kenau was a real person, which makes this story even more fantastic. Kenau is a really fantastic character. She is incredibly bold and doesn't care that she doesn't fit into the mold of what a woman should be in the late 1500s. She is patriotic and she realizes very early on that there is a lot at stake if the Spanish win. However, the story itself is narrated by Kenau's sister, Amarron, which worked so well for this story. Because Am is so close to Kenau, we get a really intimate picture of what's going on. I so enjoyed this.

I'm usually not one for books with a lot of battles so I appreciated how the author was able to to show both the battles but also the day-to-day life of the people of Haarlem as they both prepared for war and survived through the fighting. The author uses a lot of great detail so that we are able to really see what's life would have been like with so much going on!

I thoroughly enjoyed this tale! 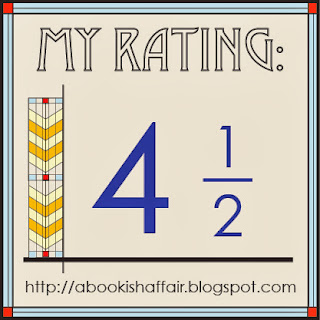