Title: A Woman's Choice
Author: Annie Thomas
Format: Ebook
Publisher: Self-published
Publish Date: July 6, 2013
Source: I received a copy from the author; however, this did not affect my review. 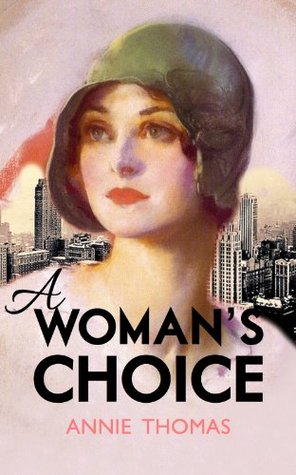 From Goodreads.com: "It is 1901. Queen Victoria is dead; a new era has begun. And on a cold April morning a young girl stands uncertainly on Liverpool Docks ready to board an emigrant ship that will take her to America and an unknown future. Michael, Luke, and Meg are amongst her fellow travellers, with the common bond that only determination and self-belief will sustain them in their new lives.

Set in the vibrancy of early twentieth century New York, the story follows Clara and the people she meets on the way, through tenement living and sweatshop labour to success in musical theatre.

But she discovers that she needs more than wealth and security to make her happy; when the past returns, she makes another choice which changes her life. Then, as the horror of World War One in Europe threatens to engulf America, Clara learns that personal lives cannot be lived apart from public events, and finds that the people she has loved, and who love her, are not always what they seem.
A Woman’s Choice is a compelling saga of friendship, love and ambition."

"A Woman's Choice" is the story of Clara, a young Irish immigrant who comes to New York City with her ailing mother to start a new life like so many other European families during the early 1900s. I've always been drawn to stories of immigrants. My own family came over to the States in the early 1900s for the most part and I have a lot of respect for those that made the choice to leave it all behind and create something new.

I really enjoyed the setting of the book. I love reading about New York City in the early 20th century. NYC is always one of my top locations to read about but NYC in the early 20th century is absolutely fascinating. You get a good sense of some of the various neighborhoods in the city. As Clara realizes not all that long after her arrival, there is a lot of different ethnicities in the city and they are often very segregated, never to mix.

The book covers several years in Clara's life and I really enjoyed being able to see her and some of the other people that she meets along the way grow and change. We get to see her grow up and fall in love and change even after she finds love. Ultimately this culminates in the choice referenced by the title.

The writing of this book was okay. I thought that there was a lot of telling rather than showing in this book. Every emotion and thought was on display for each of the characters. I wish that there had been more conclusions left for the reader to come to.

Overall, this was an interesting story! 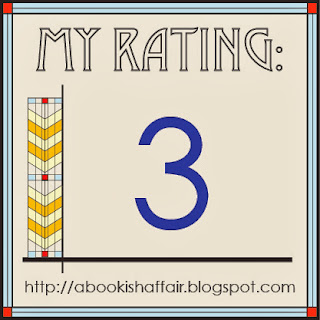