TLC Book Tours: I am Venus by Bárbara Mujica

From Goodreads.com: "The year is 1619, and Diego Velázquez is a rising star at an art academy in Seville run by his father-in-law. But even as his young wife builds him a family, the painter yearns for a larger canvas, and soon his ambition lands him at the court of King Philip IV, where he quickly gains prominence, just as Spain is plunged into military defeat and domestic chaos.

But as he gains nobility and privilege, Velázquez encounters the sinful decadence that defines the regime. At the heart of this most conservative country, its ruling class breaks every rule that the masses must obey. As he finds himself torn between loyalty to family and the easy seductions of power, Velázquez decides to take on his riskiest painting yet, which could, in a stroke, land him in the claws of the Inquisition.

A sweeping story of scandal and passion, and a vivid recreation of a corrupt kingdom on the brink of collapse, I Am Venus is a thrilling novel that brings to life the public and private worlds of Spain’s greatest painter."

"I am Venus" is the story of famous Spanish artist, Diego Velazquez. Velazquez was ahead of his time in many ways. Some of his art was considered quite scandalous in his day. You all know that I love historical fiction but I absolutely adore historical fiction that has something to do with historical figures I really like and/or art. This book has both.

This book was a really interesting glimpse of the life of the artist with a focus on the women he knew. I didn't know much about Velazquez's life before reading this book but I really enjoyed a lot of his paintings. He was so talented! The book focuses a lot on his wife. Parts of the book are narrated by the woman who posed for one of his most famous paintings. We get a really interesting view of the artist since he is sort of kept at arm's length through this book.

The narration of the book was interesting to me. I wanted to know more about the model. Her first narration really brought me into the story but I wanted more of her throughout the book.

Overall, this was a really interesting tale. I loved, loved, loved the setting and the interplay between Velazquez and the royalty in the book. 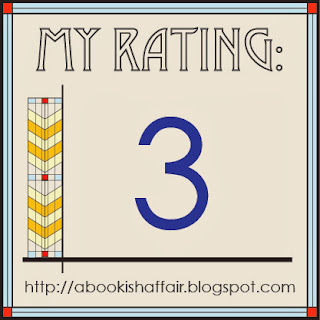