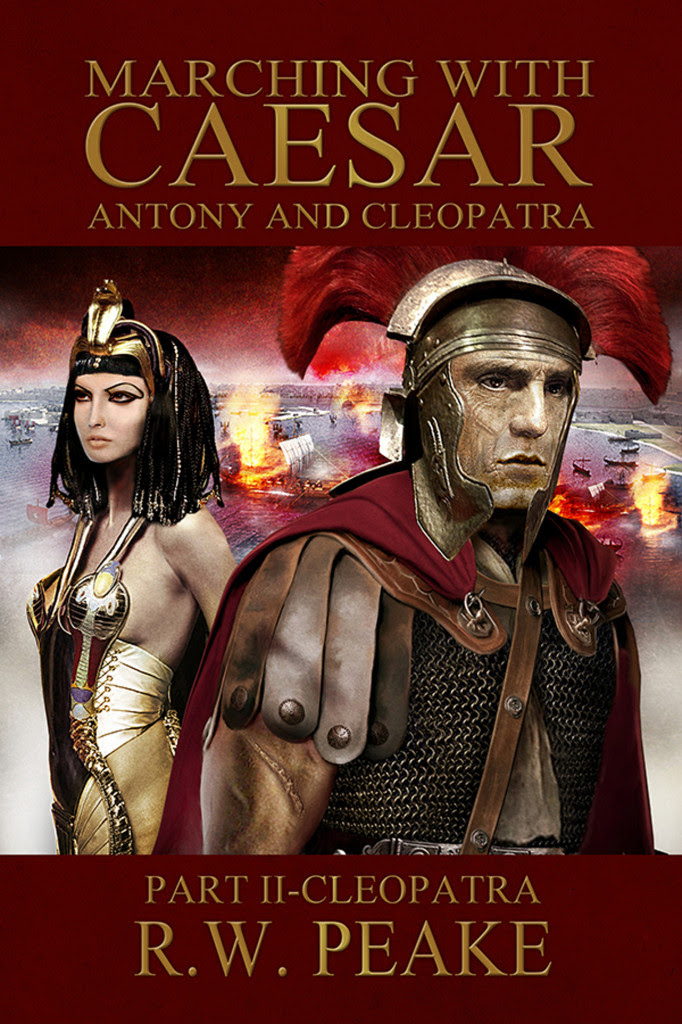 One of the most bizarre aspects of my life now is the amount of fan mail that I get, but of all the questions that I’m asked, the easiest one to answer is, “Did you expect Marching With Caesar would be this successful?”
That, at least, is easy to answer, and it’s a resounding “No.” I had no expectation whatsoever that my story of Titus Pullus, a common and uncommon Legionary of Rome, would catch so many readers’ imaginations. And frankly, what’s happened has exceeded my wildest hopes, back when I was pecking away at my laptop, ensconced in my 37 foot travel trailer situated in the wilderness of the Olympic Peninsula. I mean, I thought that people might like my story, but after the first month of sales of Marching With Caesar-Conquest of Gaul, when I sold a whopping 48 copies, it looked extremely likely that I would be putting in my application at the nearest Costco.
Yet, here I am, some 18 months and five books of the MWC series later, and although I still live in a trailer, it’s by choice, and inertia. Four of the five volumes of the series have spent time at #1 in the Ancient Rome genre, and there was one halcyon month where my books were ranked first through fourth. And while I know this sounds like boasting (although being a Texan AND a Marine, if you can back it up, it ain’t bragging, as we say), I bring this up to introduce the question that I personally find difficult to answer when compared to the first one, and that is why Marching With Caesar is this successful. It’s a question that I ask myself quite a bit, and I know that there other authors out there, particularly indies like me who want to know as well. After all, if I could put my finger on the why, I would be able to replicate this success with the next series of books, whatever they may be.
So, what’s the secret? I wish I knew, but what I suspect is that the foundation for the success is in the subject itself. Rome. To me, and I feel sure to a healthy segment of readers, just that one name is part of the allure. I come by my passion for Rome in a roundabout way, and it’s thanks to one man, who ignited in me an interest that I never knew was there, when I was unable to enroll in a class that covered my area of focus in college as a student pursuing my BA in History, the American Civil War. Instead, I was “forced” to take a class on Ancient History, taught by Dr. Frank Holt, who struck the proverbial spark that ignited whatever is in me that was receptive to learning more about Rome. While I learned about the Sumerians, the Mesopotamians, Greeks, et. al., it was Rome that caught my interest, to the point where I enrolled in his Ancient Rome class. Dr. Holt’s teaching style is one that I wanted to emulate when I entered the teaching profession, which was my initial plan when I entered college after my retirement from the Marine Corps. Combining anecdotes pulled from sources like Suetonius, with his juicy little bits of ancient gossip, and his passion for numismatics, he brought Rome into the classroom in a way with which his students easily connected. But, as John Lennon so famously said, life is what happens when you’re busy making other plans, and instead of the classroom, I ended up in corporate America, working at what was a small software company that ended up getting pretty big.
Meanwhile, Rome lay there, dormant, in the recesses of my mind, but I began my long and passionate affair with Colleen McCullough, through her absolutely brilliant and epic series that covers the Late Republic and Early Empire. Because of the fact that Houston is the second largest city in the country in area, and it’s a commuter’s city, I spent about three hours a day behind the wheel, and it was through audio books that I began to devour the primary sources; Caesar’s Commentaries, Plutarch, Livy, all of them told their stories as I cursed and sat my way through my commute. This was over a period of several years, but I still hadn’t made the connection between what was a steadily growing interest and the idea to actually, you know, write about it. I’ve always been pushed by others to write, but for the worst reason possible, I had resisted that urge, because it’s always come easily to me. And I’ve made my life based on the idea of taking the hard road whenever I’ve been presented with a choice, and that extends to the good and the bad parts of my life. However, as I approached fifty, I realized what a stupid reason that was, and I completed what is my first novel in 2006, which has nothing to do with Rome.

Then, a confluence of events occurred, and in my case, the adage that crisis and opportunity are twins is absolutely true. The external event was losing my job, when the second software company I worked for, that I jumped to, following the lure of a promotion and raise, went belly-up. It wasn’t unexpected; much like a terminally ill patient who’s kept on life support too long, all of us saw the end coming, and it was in that knowledge that the second and internal event occurred. One day, on my commute, as I listened to the Commentaries, I caught myself wondering, “What was it like for the guys who did the fighting? I mean, we know about Caesar, and there have been lots of books about him. But what about the guys like me? The grunts, the men in the ranks. Who told their story?” And as I looked around, I discovered that, at that moment at least, in 2008, nobody had written a story about men of the Late Republican Legions, at least that I could find. Consequently, I began what would become the Marching With Caesar series while I was still working, in March of 2008.
And like most such projects, at least so I imagine, it quickly took on a life of its own. But, with my own twist, I added a layer that gave me that “hard road” I seem to need to perform. In this case, it was by choosing not to find another job in my field when I finally lost my job in December of 2008, instead selling my home in Houston, moving up here to Washington, and staking absolutely everything on making this “author” thing work. To paraphrase Caesar, when he looked across the Rubicon, I decided to let the dice fly high and hope they came up “Venus”. Thanks to my training as a Marine, and as a budding historian, I strove for a fidelity that found me traipsing through the desert mountains of Big Bend National Park, dressed in the full kit of a Republican Legionary, and stabbing a pig carcass hanging from a rafter in my garage, all with the idea of truly understanding what it might have been like. Drawing on my experiences as a combat MOS Marine, I tried to relate what life was like in that huge amount of time between battles, when most of what takes place is more mundane, but to me anyway, is just as important when trying to find out who a character really is. And apparently, judging from the reaction, I was successful in communicating that sense of realism and authenticity to readers.

Yet, at the heart of the story is still…Rome. That, I believe, is the key to why readers have responded so warmly to the story of an overgrown, immensely strong and ambitious country boy from Astigi, who goes on to become one of those few men who survived a full career of Marching With Caesar.