Review: The Time of Women by Elena Chizhova

Title: The Time of Women
Author: Elena Chizhova
Format: Ebook
Publisher: Glagoslav
Publish Date: January 2012
Source: I received a copy from the publisher; however, this did not affect my review.

From Goodreads.com: "Life is not easy in the Soviet Union at mid-20th century, especially for a factory worker who becomes an unwed mother. But Antonina is lucky to get a room in a communal apartment that she and her little girl share with three old women. Glikeria is the daughter of former serfs. Ariadna comes from a wealthy family and speaks French. Yevdokia is illiterate and bitter. All have lost their families, all are deeply traditional, and all become grannies to little Suzanna. Only they secretly name her Sofia. And just as secretly they impart to her the history of her country as they experienced it: the Revolution, the early days of the Soviet Union, the blockade and starvation of World War II. The little girl responds by drawing beautiful pictures, but she is mute. If the authorities find out she will be taken from her home and sent to an institution. When Antonina falls desperately ill, the grannies are faced with the reality of losing the little girl they love unless a stepfather can be found before it is too late. And for that, they need a miracle."

Russia is such a fascinating place to me. Soviet era Russia is especially fascinating to me. It was interesting to see how each generation saw Soviet Russia differently. The grannies have seen the country change from the Bolshevik Revolution to Communism's hold over the country during the middle of the 20th century. They are retired now. Then you have Antonina, a young woman, who must work in the factory. She is lucky enough to share an apartment with the grannies who take care of her daughter. You get a lot of different perspectives in the book, which is really interesting.

This book is sort of a really subtle day-in-the-life kind of story. It's quiet but a great way to gain some insight into some normal Soviet life.

One thing that was very confusing about the book was all of the switches between the different characters narrating. There isn't a really clear delineation between who is narrating and where their narration stops and begins. It was very confusing. It definitely took a little away from the book. The book was still very enjoyable but I spent a lot of time trying to figure out who was talking. 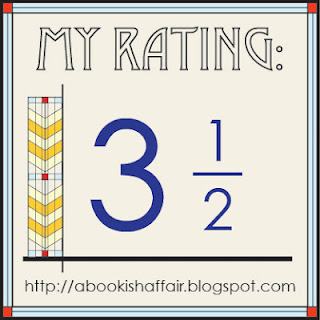