Title: Fatty Patty
Author: Kathleen Irene Paterka
Format: Ebook
Publisher: Self-published
Publish Date: May 15, 2012
Source: I received a copy from the author; however, this did not affect my review.

From Goodreads.com: "Small towns, long memories. Everyone in the exclusive summer resort of James Bay, Michigan remembers FATTY PATTY, the chubby little girl with the round face and wild red curls. All grown up now, Patty Perreault teaches at the same elementary school where the painful playground memories still taunt her. She hasn’t forgotten the cruel nickname—plus she still hasn’t lost those extra pounds. Convinced her weight is the biggest reason why she’s a four time loser in the semi-finals for Teacher of the Year, Patty resolves to make some changes in her body and her life.

Sam Curtis, an overweight accountant she meets at the community pool, swims into Patty’s life with romance on his mind. But as their friendship grows, Patty finds it hard to see beyond his extra pounds. She’s torn as Sam refuses to deal with his own overweight issues. Her heart tells her one thing, but her eyes see another. She’s not interested in an overweight boyfriend. When it comes to winning the Grand Prize in life and love, Patty has some hard lessons to learn. Will she be able to confront her fears about the kind of woman she yearns to be? Will she be able to put down the fork and give her heart a try?"

I think most people can find some common ground in the idea of the struggle to be happy with yourself. It's a very common issue. We're constantly comparing ourselves to other people and it's easy to become sort of trapped in that idea. In "Fatty Patty," Patty is most definitely lost in that trap. She struggles with her weight and is convinced that if she fixes that issue with herself, she will fix the rest of her life.

Even at the end of the book, Patty is still struggling with herself. She's better but still not happy. To me, I didn't think that Patty was very likeable at all. While she struggles with her weight, she's downright horrible to Sam, an affable guy who also struggles with his weight. Now, believe me, I fully understand wanting to be healthy and wanting others around you to be healthy but there is a diplomatic way to do it and Patty is anything but diplomatic. Sam is awesome and Patty cannot see that at all. I kind of wanted to shake her a couple times throughout the book. She won't give Sam a chance and from the way she talks, it mostly seems to have to do with the way he looks, which is just sad, especially because she should be well aware of how hurtful it is to have someone judge you based on your looks. In fact, Patty basically turns down Sam, the nice guy, because he is fat for Nick, the total cad, because he's hot and very much leads Patty on in a very open way, only Patty is too blinded by her insane crush to see it. Patty just does not seem to get it. Sigh...

I really liked Sam and he kept me reading. I liked some of the side stories. The whole story about how Nick ended up in James Bay was really good and kept me reading to find out the whole story. Even though Patty is ridiculous and sort of mean, I liked the writing of the book. I would definitely read more by Paterka, but Patty was just not my favorite. 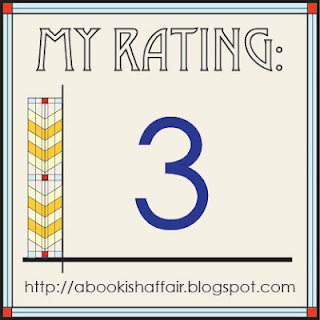