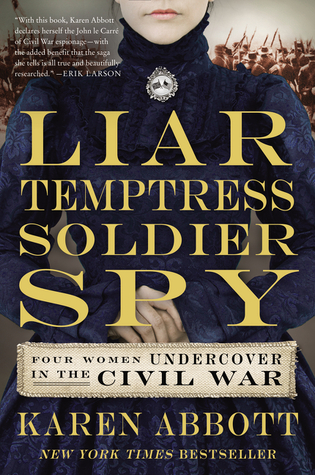 From Goodreads.com: "Seventeen-year-old Belle Boyd, an avowed rebel with a dangerous temper, shot a Union soldier in her home, and became a courier and spy for the Confederate army, using her considerable charms to seduce men on both sides. Emma Edmonds disguised herself as a man to enlist as a Union private named Frank Thompson, witnessing the bloodiest battles of the war and infiltrating enemy lines. The beautiful widow Rose O'Neal Greenhow engaged in affairs with powerful Northern politicians and used her young daughter to send information to Southern generals. Elizabeth Van Lew, a wealthy Richmond abolitionist, hid behind her proper Southern manners as she orchestrated a far-reaching espionage ring—even placing a former slave inside the Confederate White House—right under the noses of increasingly suspicious rebel detectives."

The Civil War definitely isn't my favorite historical event to learn about but with books like this to make it a lot more exciting to me, it makes me think that maybe I need to give the Civil War more than a passing glance when it comes to my reading. I love nonfiction, especially narrative non-fiction. This book has something for everyone. There's great people and great story lines. There's intrigue and espionage. I found myself reading parts of it to my husband even though I'm totally making him read this book now that I've finished!!!

This book is anything but dry and feels very much like fiction. The way that the author weaves in so much detail about these four women and their lives really drew me into the book. Some of the women identify with the Union and some identify with the Confederacy but all four are committed to their various causes. It was so interesting to me to see how of these women were able to move about in a society that it wasn't necessarily very permissive for women at that time. I love that the way that the author told the story of all of these women. It was really well done and I would love to read more by this particular author! 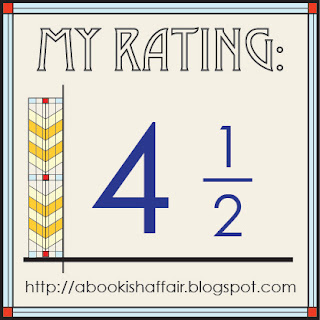