Title: Wild Wood
Author: Posie Graeme-Evans
Format: Paperback
Publisher: Atria Books
Publish Date: March 3, 2015
Source: I received a copy from the publisher; however, this did not affect my review 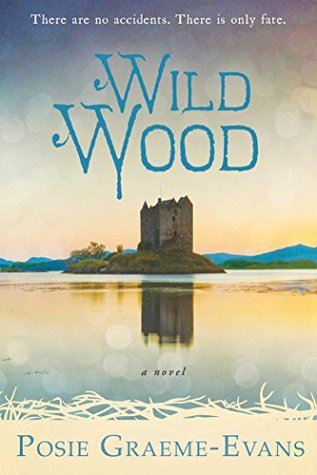 From Goodreads.com: "Jesse Marley calls herself a realist; she’s all about the here and now. But in the month before Charles and Diana’s wedding in 1981 all her certainties are blown aside by events she cannot control. First she finds out she’s adopted. Then she’s run down by a motor bike. In a London hospital, unable to speak, she must use her left hand to write. But Jesse’s right-handed. And as if her fingers have a will of their own, she begins to draw places she’s never been, people from another time—a castle, a man in armor. And a woman’s face.

Rory Brandon, Jesse’s neurologist, is intrigued. Maybe his patient’s head trauma has brought out latent abilities. But wait. He knows the castle. He’s been there.

So begins an extraordinary journey across borders and beyond time, a chase that takes Jesse to Hundredfield, a Scottish stronghold built a thousand years ago by a brutal Norman warlord. What’s more, Jesse Marley holds the key to the castle’s secret and its sacred history. And Hundredfield, with its grim Keep, will help Jesse find her true lineage. But what does the legend of the Lady of the Forest have to do with her? That’s the question at the heart of Wild Wood. There are no accidents. There is only fate."

Wild Wood is the story of Jesse, a young woman living in 1981 who finds out as an adult that she has been adopted. She freaks out and leaves the only home she's ever known in Australia to figure out her origins in Great Britain. When she arrives in England she suffers a accident that makes her end up in the hospital. Strange things start happening after her accident and she can draw things that she has never seen before. Her neurologist, Rory, finds out that she may be drawing pictures of a castle from the estate that he grew up on. I had seen the story billed as being the next Outlander. While not totally unfounded (at least when it comes to the structure of the story), this book left me wanting a little bit more after expecting to have a more Outlander-ish story.

The story is told in two times. The present-day time is 1981 and Prince Charles is about to marry Diana Spencer. The past time is set in the Scottish Highlands in the 1300s. The author differentiates between the two time periods by telling them in different voices. This gets a little bit confusing at times.

This book has a lot of mystery surrounding Jesse's contact with the past as it's figured out through the story. Her own origin story is also figured out. I was really drawn in by the beginning of the book, however, eventually the story lost me a little bit towards the end. The momentum seemed to slow for me during the middle.

All in all, this book was a mixed bag for me. I did like the writing style, particularly that of the sections of the book set in the distant past.  I would love to try some other books by this author. 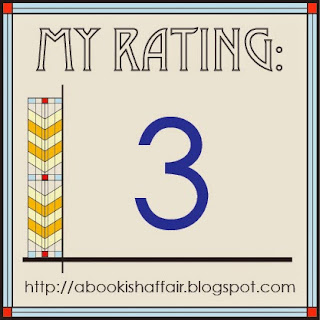