From Goodreads.com: "Panic began as so many things do in Carp, a dead-end town of 12,000 people in the middle of nowhere: because it was summer, and there was nothing else to do.

Heather never thought she would compete in Panic, a legendary game played by graduating seniors, where the stakes are high and the payoff is even higher. She’d never thought of herself as fearless, the kind of person who would fight to stand out. But when she finds something, and someone, to fight for, she will discover that she is braver than she ever thought.

Dodge has never been afraid of Panic. His secret will fuel him, and get him all the way through the game, he’s sure of it. But what he doesn't know is that he’s not the only one with a secret. Everyone has something to play for.

For Heather and Dodge, the game will bring new alliances, unexpected revelations, and the possibility of first love for each of them—and the knowledge that sometimes the very things we fear are those we need the most."

Everyone in Carp seems to play Panic to prove something. Heather is trying to escape from life with her druggie mother while trying to protect her little sister and give her a good life. Dodge has something to prove and some revenge to gain by playing. Panic is played the summer after high school. It's a high stakes game full of danger. Heather and Dodge both know this walking in but they don't realize just how high the stakes really are and how much they stand to lose.

"Panic" is a step away from dystopian for Lauren Oliver and let me just say that it is a really good fit for her. I really enjoyed this book. The characters felt really real to me and I loved reading about them in this book. Both Heather and Dodge are dealing with a lot. Heather's home life is terrible. She is trying to take care of her beloved little sister since her mother seems more interested in where her next fix is going to come from rather than anything else. Dodge is dealing with a difficult family life. His sister was in a horrific accident that ended with her needing a lot of care. Both of these characters are driven for different reasons. I really liked that the book didn't just focus on the game but that it was very character driven as well.

I really liked the setting of the book too. Carp is not a glitzy town at all. It is grimy. There's a lot of people just trying to make ends meet. Those in Heather and Dodge's age group just want to do what they can to get out of that town, which is why they want to win Panic so badly. There is a nice cash prize to go along with winning!

The action and pacing of this book was really good. The whole game of Panic centers on people doing really dangerous things. As I am a pretty risk adverse person myself, I definitely found a lot of thrills in this book, which was so much fun! 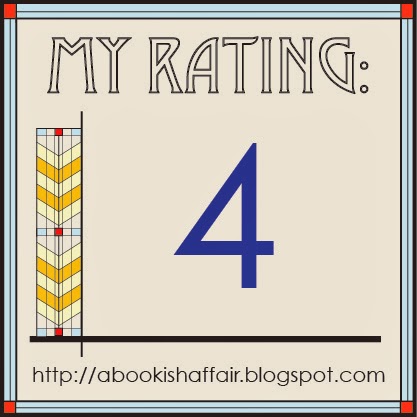