Title: The Mapmaker's Daughter
Author: Laurel Corona
Format: Ebook
Publisher: Sourcebooks Landmark
Publish Date: March 4, 2014
Source: I received a copy from the publisher; however, this did not affect my review. 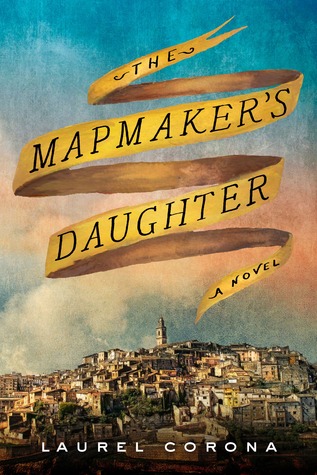 From Goodreads.com: "A sweeping story of 1492 Spain, exploring how what we know about the world shapes our map of life Valencia, 1492. King Ferdinand and Queen Isabella issue an order expelling all Jews who refuse to convert to Christianity. Amalia Cresques, daughter of a Jewish mapmaker whose services were so valuable that his faith had been ignored, can no longer evade the throne. She must leave her beloved atlas, her house, her country, forever. As Amalia remembers her past, living as a converso, hiding her faith, she must decide whether to risk the wrath of the Inquisition or relinquish what''s left of her true life. A mesmerizing saga about faith, family and Jewish identity."

In "The Mapmaker's Daughter," Amalia's life is changing quickly. She is living in Spain just prior to and during the expulsion of the Jews from Spain. She is a part of an affluent family but her family is of Jewish descent. She and her family are straddling two sides of history. This book was a mixed bag for me. It started out strong for me and then tapered off through the story. Overall, I still liked this book because of the historical detail.

Amalia was a very interesting character to me. A lot is happening to her and around her and in many ways, she is an observer and it felt as if she was merely being taken along for the ride, especially during the last part of the book. I really felt like I wanted more involvement from her. I really enjoyed reading about her young life. Her family was fascinating. They live as Christians after their conversions but the women in her family still practice some of the Jewish traditions, which I found absolutely fascinating.

I have not read a lot of historical fiction set in this time period. I really liked reading about how some of the people, like Amalia's family still practiced their religion in secret. It was interesting how many people pretended to be someone they weren't in order to escape the notice of people like Torquemada. I also really liked reading about how the Spanish royalty really felt about the Inquisition. It was interesting to see all of the different perspectives! 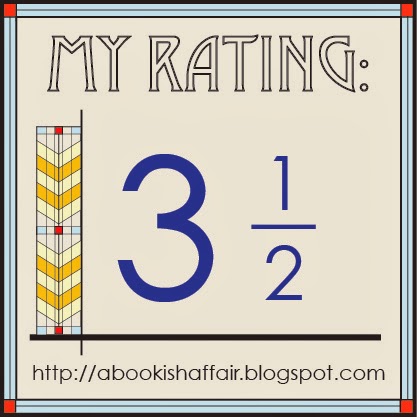