Title: Commodore
Author: Simon Sobo
Format: Paperback
Publisher: Self-published
Publish Date: April 16, 2013
Source: I received a copy from the PR; however, I don't believe this book is a good fit for my blog. 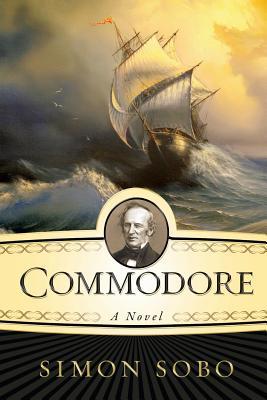 From Goodreads.com: "It is 1876. As Cornelius Vanderbilt lies close to death in his lavish New York townhouse, there's an almost carnival-like atmosphere outside as the reporters who made him a household name gather to wait for the end. But in the last of a lifetime of surprises, cantankerous old Vanderbilt unexpectedly allows one of the journalists inside. He's tired of the lies. He intends to make sure his story is told, the true story of how a dirt-poor farm kid from Staten Island grew up to be one of America's first tycoons: admired by the public, consulted by Presidents, feared by his business rivals and, for the most part, unloved by the eleven children he treated with impatience. At first the reporter is only interested in the core of the story, how a boy groomed by an illiterate father in a family that has been plagued by poverty and misfortune, could end up the richest man in the world. How did that happen? "My readers want to know," he tells the crusty old man. "What's your secret?" Was it shrewdness? Ferocious ambition? The incredible force of his will? Vanderbilt tells his story with the clarity that comes from looking back. It is as if it had all been preordained by Vanderbilt's vision. He was a man possessed. He described himself as crazy on the subject of money. He thought of little else every day, morning, noon and night. How to make money drove all of his decisions, led him wherever that question pointed. Soon, however, another dynamic emerges. The reporter realizes he's on to the biggest scoop of his career. Vanderbilt's original intention may have been a final effort to shape his legacy, but as he moves closer to death he tosses away all inhibitions. Memories pour out of him. He's trying to get a handle on them, make sense of it all. He is half way to hell. He has stopped sleeping. Nightmares startle him awake. They're always about the same thing, his father coming to kill him Drawing on his wealth of experience as a psychiatrist, observing the complex streams running through the human psyche, which can thrive under unimaginable adversity, Simon Sobo paints a fascinating portrait of the powerful driven man who called himself Commodore."

"Commodore" is a historical fiction take on the life of Cornelius Vanderbilt. I have read a little bit about some of the American giants of industry but most of my reading has been non-fiction so I was very interested to see what a fictional look at one of these giants would be like.

"Commodore" is an interesting story with a fascinating main character. I always really like stories of people who are truly self-made. It's fascinating and really inspiring. Vanderbilt is one of those men. The premise of this book is that Vanderbilt is talking about his life with a reporter. This book is really a reflection on his life and all of the things that happened to him or he took action with in order to get where he was. Vanderbilt is the kind of guy that you'd like to share a stiff drink and a deep conversation with.

Although I really enjoyed the story, this book was still very much a mixed bag for me. The writing of the book was okay for me. Some parts were very stiff. Also, there were a lot of technical errors (e.g. missing commas, some mispellings) that really took me out of the book and then it took awhile for me to get back into the book even though I really liked the story. Some of the style of the conversations seemed quite modern and not like they would have taken place during Vanderbilt's time. 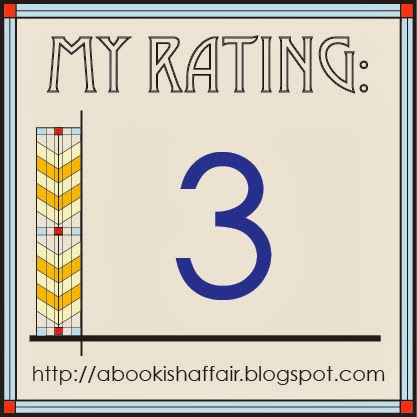