Review: The Chaperone by Laura Moriarty

Title: The Chaperone
Author: Laura Moriarty
Format: Paperback
Publisher: Riverhead
Publish Date: June 5, 2012
Source: I received a copy from the publisher; however, this did not affect my review. 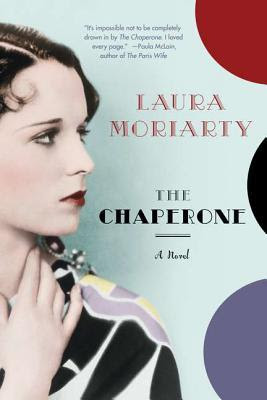 From Goodreads.com: "Only a few years before becoming a famous silent-film star and an icon of her generation, a fifteen-year-old Louise Brooks leaves Wichita, Kansas, to study with the prestigious Denishawn School of Dancing in New York. Much to her annoyance, she is accompanied by a thirty-six-year-old chaperone, who is neither mother nor friend. Cora Carlisle, a complicated but traditional woman with her own reasons for making the trip, has no idea what she’s in for. Young Louise, already stunningly beautiful and sporting her famous black bob with blunt bangs, is known for her arrogance and her lack of respect for convention. Ultimately, the five weeks they spend together will transform their lives forever.

For Cora, the city holds the promise of discovery that might answer the question at the core of her being, and even as she does her best to watch over Louise in this strange and bustling place she embarks on a mission of her own. And while what she finds isn’t what she anticipated, she is liberated in a way she could not have imagined. Over the course of Cora’s relationship with Louise, her eyes are opened to the promise of the twentieth century and a new understanding of the possibilities for being fully alive."


"The Chaperone" focuses on Cora, a woman who follows a young Louise Brooks (a star of silent film, whom I was not familiar with before reading this book) to New York City. Cora is there to be Louise's chaperone as Louise tries to become a famous dancer. Cora has an ulterior motive to coming to NYC, which sets in motion the main story line of this book. I enjoyed this book and think that my fellow historical fiction fans will find a lot to like about this book.

Cora was a really fantastic character. She has a really interesting backstory and a lot of the book follows her trying to find her roots. Cora went out west from NYC on an orphan train, a historical element which I found incredibly interesting.

I liked Moriarty's storytelling for the most part. Much of the book follows Cora's relatively short stay in NYC. The latter part of the book follows many years as Cora is living back in Kansas. I found the split to be a little uneven. We get a lot of detail about Cora's short trip to NYC but her latter life seems to be glossed over in a lot of places. The end of the book jumps far into the future and it was a little hard to keep track of what was happening. The end also fell a little flat for me; it just seemed to sputter out.

Overall, I did really like this story. The historical detail made it a truly fascinating story.