Review: The Age of Ice by J.M. Sidorova

Title: The Age of Ice
Author: J.M. Sidorova
Format: Hardcover
Publisher: Scribner
Publish Date: July 23, 2013
Source: I received a copy from the publisher; however, this did not affect my review. 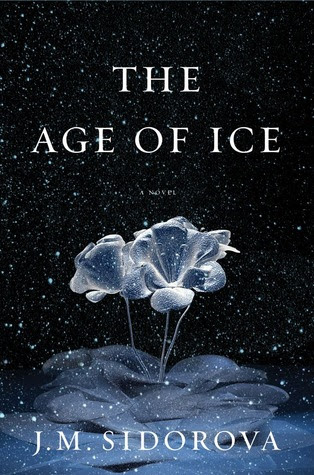 From Goodreads.com: "The Empress Anna Ioannovna has issued her latest eccentric order: construct a palace out of ice blocks. Inside its walls her slaves build a wedding chamber, a canopy bed on a dais, heavy drapes cascading to the floor—all made of ice. Sealed inside are a disgraced nobleman and a deformed female jester. On the empress’s command—for her entertainment—these two are to be married, the relationship consummated inside this frozen prison. In the morning, guards enter to find them half-dead. Nine months later, two boys are born.

Surrounded by servants and animals, Prince Alexander Velitzyn and his twin brother, Andrei, have an idyllic childhood on the family’s large country estate. But as they approach manhood, stark differences coalesce. Andrei is daring and ambitious; Alexander is tentative and adrift. One frigid winter night on the road between St. Petersburg and Moscow, as he flees his army post, Alexander comes to a horrifying revelation: his body is immune to cold."

I was initially intrigued by "The Age of Ice" as it sounded like it would be a good mash-up of historical fiction and magical realism, two of my bookish favorites. This book initially started out well for me. We get a good story about the main character, Alexander and his brother's origins. They are almost mythological, which I really liked. Eventually, this book sort of petered out for me.

I did really enjoy the setting. I've been craving fiction about Russia recently and I really enjoyed reading about Imperial Russia. The description of the various places that Alexander went were really good. The descriptions of St. Petersburg were also very good. You really get a good feeling for Alexander's world.

The story itself is where the book sort fell flat for me. As the book goes on and Alexander continues to live on into the 20th century, the book got a little more confusing. Most of the book is focused on Alexander's life during the 1700s but we get glimpses (and they are really only glimpses) into his life as the book continued to speed up towards the end. I found myself wishing that the book would slow down and give more detail to give the ending a little more weight. I just found myself sort of let down by the end of the book.
Posted by Meg @ A Bookish Affair at 8:26 AM