Review: A Lion in America 1 by Robert Mwangi

Title: A Lion in America 1
Author: Robert Mwangi
Format: Ebook
Publisher: Self-published
Publish Date: April 17, 2012
Source: I received a copy from the author; however, this did not affect my review.

Synopsis: "Deep in the African jungle where even the bravest are afraid to venture, lies a truth that will propel James through his improbable American journey, if he can come out alive. James a village boy in Africa receives a scholarship to go and study in America and he becomes the envy of the whole village. His girlfriend Janny is however skeptical of what a long distance relationship can do to love. But when Janny vanishes from the village, James and his dog Simba plunge into the belligerent forest at the risk of his life and his American dream. Love transcends all."

"A Lion America 1" is a fairly short novel about James, a young teen who lives in Kenya. After his brother and James' girlfriend disappear and James goes after them, he discovers a secret in the forest that he never expected. It calls into question some of James' thoughts on culture and what it means to be African and Kenyan as well as his dreams of going to America to play soccer.

I was intrigued by the premise of this book. Overall, the story was interesting and kept me interested. I liked learning about some of the African culture in the book as it was very new to me. This book jumped around a lot, which kind of took me out of the book a little bit. First, we are with James in his village. His brother disappears. James goes to Nairobi to play soccer and for a little while, the book seems like it's more about sports than anything else. James comes back to the village and discovers the mystery (a major pivotal point in the book so I will not give it away in this review).

I think that if the book had been more linear (perhaps either choosing to follow James' soccer dreams or the mystery in James' village instead of both story lines) that it would really speak more to the reader and allow the reader to get deeper into James' world. I also would have like a little more explanation about some of the traditions in the book that were unfamiliar to me. Some things I did not really understand because I am not familiar with the activities or traditions or why they are done.

There were also a lot of punctuation issues in this book, which took me out of the book a little bit. Also, I had to re-read a couple passages in order to figure out where the missing punctuation went in order to make sense of it all. That being said, I do a lot of proofreading in my daily life so I may be more prone to pick out those issues.

The writing itself is pretty good and Mwangi has a lot of promise. 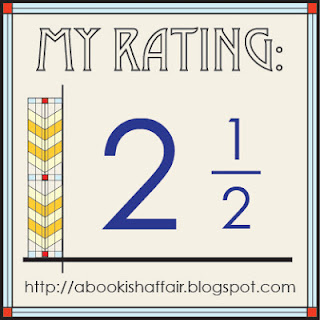