Review: Between You and Me by Emma McLaughlin and Nicola Kraus

From Goodreads.com: "What happens when you are followed by millions . . . and loved by none? Twenty-seven-year-old Logan Wade is trying to build a life for herself far from her unhappy childhood in Oklahoma. Until she gets the call that her famous cousin needs a new assistant— an offer she can’t refuse.

Logan hasn’t seen Kelsey in person since their parents separated them as kids; in the meantime, Kelsey Wade has grown into Fortune Magazine’s most powerful celebrity. But their reunion is quickly overshadowed by the toxic dynamic between Kelsey and her parents as Logan discovers that, beneath the glossy faÇade, the wounds that caused them to be wrenched apart so many years ago have insidiously warped into a show-stopping family business.

As Kelsey tries desperately to break away and grasp at a “real” life, beyond the influence of her parents and managers, she makes one catastrophic misstep after another, and Logan must question if their childhood has left them both too broken to succeed. Logan risks everything to hold on, but when Kelsey unravels in the most horribly public way, Logan finds that she will ultimately have to choose between rescuing the girl she has always protected . . . and saving herself."

This is the sort of book that you read when you want a break. It's interesting enough to keep your attention but it's not going to change your life. "Between You and Me" reminded me a lot of the Britney Spears story. Southern girl goes to Hollywood, performs highly sexual songs, has ridiculous stage parents, and eventually goes crazy. They say that truth is sometimes stranger than fiction. In the case of this fictional book, I would not be surprised if truth had informed at least a little bit of this fiction.

The story is told from the point of view of Kelsey's (the singer) long lost cousin, Logan, who comes back into Kelsey's life as her assistant. It was an interesting perspective because Logan is sort of a Hollywood outsider. She's alternately fascinated with Kelsey's life and feeling sorry for her. She was sort of a weak character though. Kelsey is teetering on the edge and Logan doesn't seem to really try to do anything to help her. It was sort of frustrating as a reader to see no one really willing to step up and be the adult supervision in the story. Because Logan is supposed to really care for Kelsey but can't be bothered to really do something about her when she goes crazy, I had a really hard time connecting with her. I wished she had been stronger.

The book also did not really have a good flow. In some places, it sort of felt like you are missing some of the story. It almost seemed like a series of big events strung together with some of the lesser important events cut out. I think that if some of the lesser events had been in the story that I might have connected with the characters a little bit more.

Bottom line: not my favorite. 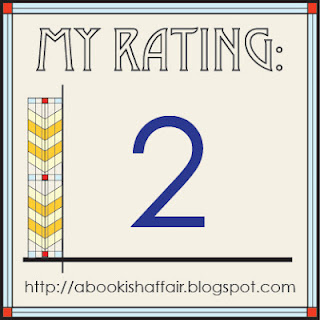