Today I am very excited to welcome Juliet Grey, author of Days of Splendor, Days of Sorrow to A Bookish Affair for what I think will be a super interesting guest post for my fellow Historical Fiction lovers. Welcome, Juliet!

During the four years that Marie Antoinette spent at the Bourbon court as dauphine of France, she chafed at the restrictive etiquette established by Louis XIV to keep the nobility at his beck and call so they would not have time to foment rebellion against the crown. But the notion that it took a village to hand her a chemise or a hairbrush seemed ludicrous to Marie Antoinette who had been raised with far less pomp and circumstance at her mother the empress Maria Theresa’s Hapsburg court in Vienna and its environs.

She was followed everywhere by a phalanx of guards whom her former tutor the abbé Vermond laughingly referred to as an “army.” Plus, an entourage of more than 30 attendants trailed behind her like richly feathered ducklings. Many of them had earned the honor of serving the dauphine, a perquisite handed down through generations of their aristocratic families. 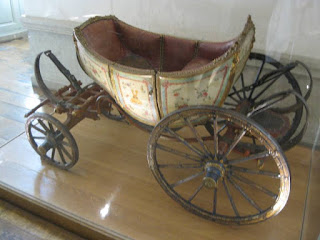 It didn’t mean they liked their mistress, however. Marie Antoinette began her life in France as a giddy teenager, compelled to endure the same routines day in and day out, spending much of her time in the company of her husband’s trio of backbiting maiden aunts, all of whom were in their mid to late 30s (which seemed terribly old to her at the time!) With little to no outlet for her natural exuberance, she fell into the unfortunate tendency to mock what (and whom) she did not care for. This behavior did not go unnoticed and despite her exalted rank at court, made her several enemies, even among
her own entourage. Alas, with the naivete and heedlessness of adolescence, she behaved as though their opinions didn’t matter. One day, she would be queen, able to adjust the suffocating rules that bound her to them and vice versa. She would surround herself only with those few friends whom she could trust and rely upon, people who didn’t gossip about her or insult her behind her back, mocking her Austrian heritage, her freckles and her unfashionable strawberry-blond hair, or her unconsummated marriage to the stocky, nearsighted Louis. 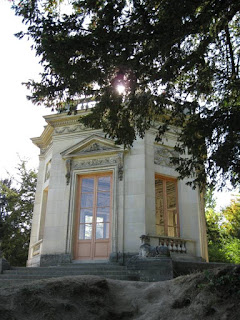 In June of 1774, a few weeks after he ascended the throne, Louis gave le Petit Trianon to Marie Antoinette. The charming little villa situated about a mile from the palace of Versailles yet still within its precincts, had been completed during the reign of the previous king, Louis’s grandfather Louis XV, who had used it as a pleasure idyll with his last great mistress, Madame du Barry. Marie Antoinette was entranced by the gift. Here was a place she could call her own, where she could retreat from the hustle and bustle of court life and the scrutiny of the courtiers who detested her. She embarked on a plan to redecorate the rooms and to enlarge the grounds along the lines of rustic and
meandering English gardens which were all the rage. Inspired by the estate of the king’s  cousin, the Prince de Conde, she eventually hired the builder Richard Mique to construct a little farm village and dairy, a hamlet, or hameau, where she provided employment for a dozen indigent farmers and their families. The facades of the cottages and farm buildings of the hameau were distressed by scenic painters to make them appear convincingly old and slightly ramshackle. The intent was to recall the charming little villages Marie Antoinette remembered from her childhood in Austria—to recapture a time when her soul was untroubled and carefree. Given the fact that the hameau was not completed until the 1780s after the queen had endured more than seven years of celibacy before her marriage
was ultimately consummated, vicious rumors about her depraved libido, more than one miscarriage, and the devastating death of her mother, with whom she’d had a rather fraught relationship, although the two women adored each other, the plan to recreate an image from her blithe girlhood wasn’t such a bad goal. 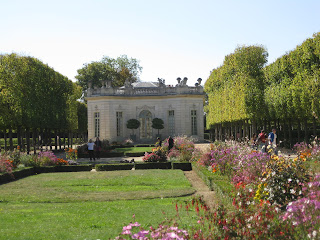 But it was exclusive. As was all of le Petit Trianon. Before the property became Marie Antoinette’s the grounds had been open to the public. Now the gardens, her Temple of Love and the Belvedere, the exotic grottoes, and the hameau—as well as the little château, of course—were open by invitation only, at the queen’s discretion. Even the king required a personal invitation from his wife! Marie Antoinette’s aim was to keep her detractors at bay. Why should she entertain the courtiers who derided her? Why keep company with “toxic” people? 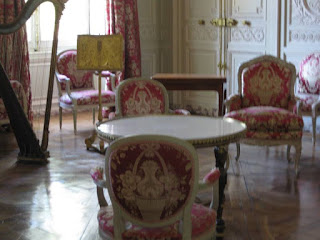 But Marie Antoinette’s endeavor to create a safe haven, to surround herself only with those few confidants who amused her, including Louis’s also-married youngest brother, the rakish comte d’Artois whose exuberant temperament, at least when they were in their teens and early 20s, was more similar than Louis’s was to the queen’s, raised eyebrows and engendered no end of malicious gossip. The ostracized courtiers exacted their revenge against Marie Antoinette by destroying her reputation. The slanders, and later the disgusting pamphlets known as libelles that depicted her as a debauched, insatiable wanton who had cuckolded the king by engaging in extramarital trysts with lovers of both genders, including Artois and her two best friends, the princesse de Lamballe and the
comtesse de Polignac, were disseminated first by members of the Bourbon court, some of whom had private printing presses in their apartments at Versailles. This vicious (and wholly fictional) characterization soon spread past the gilded gates of the palace, and the commoners, who didn’t know otherwise, were quick to believe whatever they read or heard, their opinions colored by their prejudices against Marie Antoinette simply for not being French. She was an outsider. The other. Her nickname “l’Autrichienne,” a pun on her nationality and the French word for a female dog, had secretly been coined by Louis’s aunt Adélaïde, the woman Marie Antoinette had naively believed to be her mentor at Versailles. 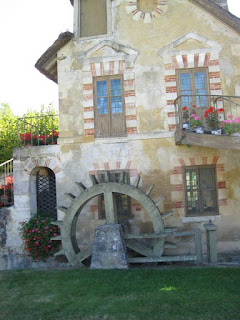 After Marie Antoinette became a mother, le Petit Trianon was her favorite place to relax and romp with her children. Yet the privacy she created there, not only by virtue of the villa’s exclusivity, but with her own set of rules whereby her guests often served themselves, obviating the need for a raft of attendants, and where mechanical mirrored window shades could be activated to prevent prying eyes from peering into the rooms, allowed people to believe the rumors of debauched behavior were possible, even true. And Marie Antoinette was known to have entertained her purported lover, the Swedish military attaché Count Axel von Fersen, at le Petit Trianon; perhaps at some point during the mid-1780s they may have availed themselves of the venue’s unprecedented privacy to consummate their passion. It was the one location where they would have had the opportunity to do so. When you see the single bed that the queen slept in there, you can’t help but wonder if Axel ever warmed it as well. 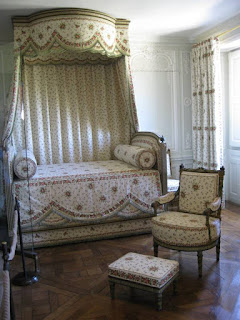 Ironically, for all the rumors of misconduct at le Petit Trianon, Marie Antoinette was never accused of sleeping with Count von Fersen. The vicious gossip that forever tarnished her reputation was entirely built upon falsehood, pure figments of their disgruntled authors’ imaginations. It’s just one of the tragedies of Marie Antoinette’s life that le Petit Trianon, which had been intended to be her place of greater safety, became her Waterloo instead. 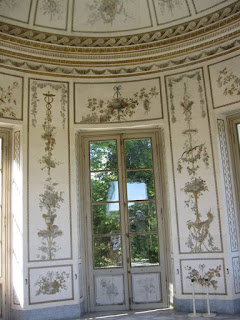 Monday, October 1
Feature & Giveaway at Passages to the Past

Tuesday, October 2
Review & Giveaway at Peeking Between the Pages

Wednesday, October 3
Review at The Musings of a Book Junkie

Monday, October 8
Review at A Writer's Life: Working With the Muse
Review & Giveaway at Devourer of Books

Wednesday, October 10
Review at The Broke and The Bookish

Thursday, October 11
Author Interview at A Writer's Life: Working With the Muse

Tuesday, October 16
Author Guest Post at The Musings of a Book Junkie

Thursday, October 18
Review at A Chick Who Reads

Monday, October 22
Review at A Library of My Own

Wednesday, October 24
Review at Confessions of an Avid Reader