Title: Exmortus 2: Temples Diabolic
Author: Todd Maternowski
Format: Ebook
Publisher: Self-published
Publish Date: July 1, 2012
Source: I received a copy from the author; however, this did not affect my review.

From Goodreads.com: "Abandoned by his family, his friends and his god, Ash Xavier finds himself utterly alone in a hostile world. Holding a mysterious key that may unlock the gates of Hell itself, Ash must choose whether to do the honorable thing and sacrifice his life for humanity's survival —or to embark on a mad quest for the woman he loves, a mysterious beauty that may be entirely a product of his imagination.

Meanwhile, a nightmarish terror from Ash's young childhood has resurfaced in the Abbey with plans to take his life..."

This is the second book in the Exmortus series (it's supposed to be a trilogy of books). This book really picks up where the last book ended. I think you have to read the first book before this one in order to really "get" the story. I read the first book several months ago at this point and it took a little reminding for me to remember everything that happened in the last story. I think that it would be best for you to read the first and second book back to back in order to get the most out of the book.

Ash's life has totally changed. Nothing is certain anymore. He's forced out of the only home that he's known for awhile. The stakes seem to be even higher than in the last book. The core of the story follows Ash's adventures as he tries to save the woman that he loves.

As with the first book in this series, this second book is not for the faint of heart. Some parts of the book are pretty graphic and some are stomach turning, even for those of us, like myself, that have pretty strong stomachs. I get that Ash's world is supposed to be dark but some of the detail felt like it was a little too much. 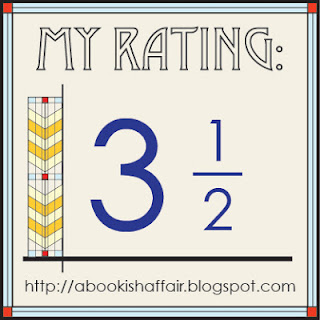