Title: Lenin Lives Next Door: Marriage, Martinis, and Mayhem in Moscow
Author: Jennifer Eremeeva
Format: Hardcover
Publisher: Small Batch Books
Publish Date: January 20, 2014
Source: I received a copy from the author; however, this did not affect my review. 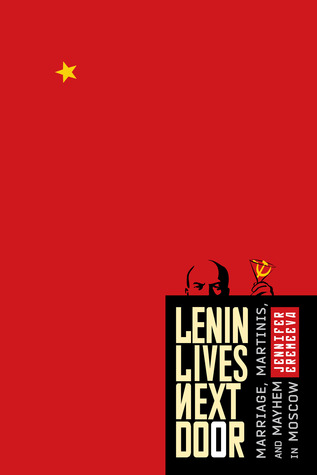 From Goodreads.com: "For American writer, Imperial Russian enthusiast, and veteran expatriate, Jennifer Eremeeva, this is just one of many observations about Russia, where she has lived for twenty years with “HRH” her “Handsome Russian Husband,” (although there are days when she thinks of him as her “Horrible Russian Husband”) and their daughter, Velvet. When Jennifer quits her job to write full time, she’s inspired by the grey dingy building across the courtyard, which houses a research institute dedicated to preserving Vladimir Lenin’s embalmed corpse. The result is LENIN LIVES NEXT DOOR.

Based on Eremeeva’s two decades in Russia, LENIN LIVES NEXT DOOR knits together vignettes of cross-cultural and expatriate life with sharp observation, colorful historical background, and engaging humor. Each thematic chapter is an anecdotal exploration of an aspect of life in today’s Russia, told with the help of a recurring cast of delightful Russian and expatriate characters. LENIN LIVES NEXT DOOR introduces readers to Russians in their everyday milieux: at their dachas, in three-day traffic jams, and celebrating their 300+ public and professional holidays with mayonnaise-based salads. LENIN LIVES NEXT DOOR is Russia with just enough air let out of its tires!"

In "Lenin Lives Next Door," Jennifer Eremeeva literally lives next door to Lenin (well, sometimes when he's removed from his mausoleum to get a chemical bath and a change of clothes so that he can look fresh every couple of months - how did I not know that he needed to get a chemical refresh???? This makes the story of how he will spend eternity even creepier). Part travelogue, part comedy, Eremeeva gives us a front row seat as to what it is like to be an American fascinated by Russian history, married to a Russian man, and living in Russia and she does it in a thoroughly entertaining way.

In this book, we see how Eremeeva got to Russia (studying) and why she stayed (love). She came to Russia during a very volatile time in the country (the fall of the Soviet Union) and stays to see the country change and grow. Yes, this could be a boring historical tale but not when you have Eremeeva at the helm. The author explores some of the wonders (both the good and the bad) of Russia and does so with a great sense of humor and panache.

I loved the writing in this book. You feel like you're getting really funny stories from a friend. This book had me laughing out loud in some parts (there is one part about name stereotypes that had me giggling out loud). It is always a sign of a good book when I'm laughing out loud. I definitely could not help it with this book. I was definitely ready for more when this book ended! I adored this one! 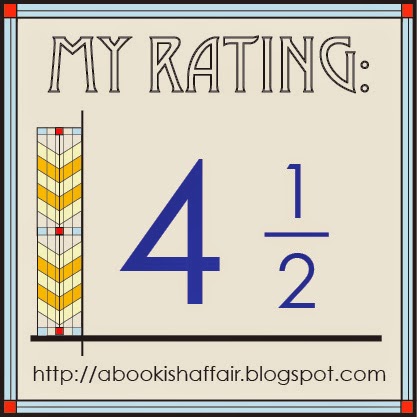