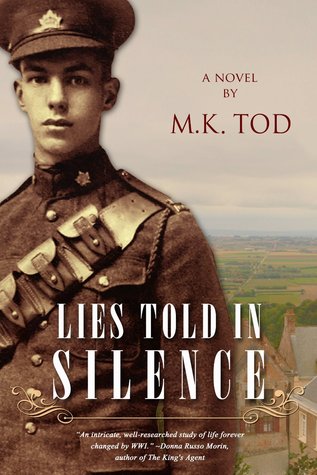 From Goodreads.com: "In May 1914, Helene Noisette’s father believes war is imminent. Convinced Germany will head straight for Paris, he sends his wife, daughter, mother and younger son to Beaufort, a small village in northern France. But when war erupts two months later, the German army invades neutral Belgium, sweeping south towards Paris. And by the end of September, Beaufort is less than twenty miles from the front. During the years that follow, with the rumbling of guns ever present in the distance, three generations of women come together to cope with deprivation, fear and the dreadful impacts of war.

In 1917, Helene falls in love with a young Canadian soldier wounded in the battle of Vimy Ridge. But war has a way of separating lovers and families, of twisting promises and dashing hopes, and of turning the naïve and innocent into the jaded and war-weary. As the months pass, Helene is forced to reconcile dreams for the future with harsh reality.

Lies Told in Silence examines love and loss, duty and sacrifice, and the unexpected consequences of lies."

"Lies Told in Silence" is the story of Helene, a young French woman who is just a girl when the book begins. The conditions for World War I are starting to brew. Helene knows that her entire life is going to change. Her family moves to the country in order to be further away from the war. They want safety but as with so many in that part of the world, they find that it is impossible to get away from something that is beating down your front door.

This is a story of love and what it means to pull together as a family in the time of war. We see Helene grow up in a world that is changing very quickly. She doesn't always like the changes but she understands that there is not much that she can do about it. At first, she can't believe that war is something that can actually happen to France and although her family is a little safer in the French countryside, the war still very much affects her family and changes the way that they have to live. Her father and beloved brother are sent to fight. Everyone in the family goes through changes but war may change Helene the most. She grows up with the war and at times, it seems like she may grow up too fast because of the war.

At its core is really the love story between Helene and Edward, a Canadian soldier. I really, really liked the love story. Anyone who is a hopeless romantic will enjoy this story as well. The love that Helene has for Edward will change her life in ways that Helene cannot even imagine. The last third of the book really shows how this great love affects Helene and her family decades after it originally happened. 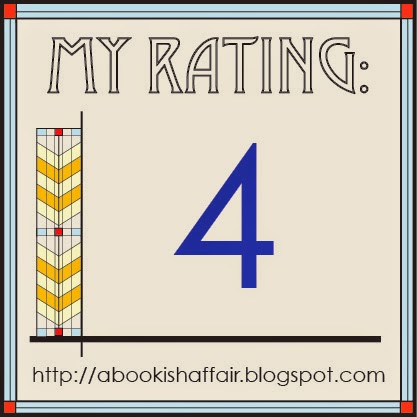 
How many women receive the gift of a tour of WWI battlefields for their 60th birthday? My husband knew this was exactly the right gift for me and I was thrilled.

Readers often ask about the research that goes into historical fiction. I tell them about the books I’ve read, the movies, the soldiers’ diaries, WWI websites both small and large, government documents, photographs, and newspaper archives. However, with sources like these my senses were indirectly engaged, as though touching with gloves on or looking through fog. Standing on a ridge where a battle took place, walking through villages destroyed by bombs, passing row upon row of modest white crosses—these activities brought a whole new dimension to a war that began one hundred years ago.

Preparing for the trip, I pulled together a list of towns and memorials to visit along with a few museums dedicated to WWI. Vimy Ridge—the site of a battle that features in Lies Told in Silence and Unravelled—was a must. Ypres, where trench lines moved back and forth during four years of war, was also essential. Villages like Mont St. Eloi and Carency, small towns like Bailleul, larger centers like Arras, Cambrai and Amiens—were also on my list. The Somme where hundreds of thousands died could not be missed. I wanted to feel, smell, and touch the places where so much tragedy occurred; listen to the birds, watch the sky, and understand the landscape so I could more closely imagine the life of a young women living near the front lines and a soldier preparing for battle.

The experience was both sad and uplifting. I wept as the names of missing soldiers echoed through loudspeakers near the entrance to the Tyne Cot museum and wept again as a bugle played the Last Post at the Menin Gate in Ypres. I walked with awe through a segment of tunnel preserved at Vimy Ridge and imagined the soldiers waiting to attack in the miles of tunnels dug behind the lines. I cursed the stupidity of officers who sent troops ‘over the top’ with inadequate intelligence at places like Beaumont-Hamel, Chemin-des-Dames, and Passchendaele. Our Ypres tour guide found pieces of shrapnel for us to examine—jagged bits of metal and round balls that tore through flesh with impunity—and I wondered at the courage of men who knew that they might be its victim at any moment.

When writing, I pour over my photos and draw on memories from that trip. It is my hope that readers will appreciate the magnitude of that war and be grateful to those who fought.