Review and Author Interview: A God in Every Stone by Kamila Shamsie

Title: A God in Every Stone
Author: Kamila Shamsie
Format: ARC
Publisher: Atavist
Publish Date: August 5, 2014 (SOON!)
Source: I received a copy from the PR; however, this did not affect my review. 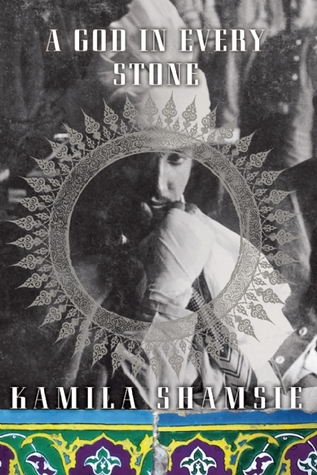 From Goodreads.com: "In the summer of 1914 a young Englishwoman, Vivian Rose Spencer, finds herself fulfilling a dream by joining an archeological dig in Turkey. Working alongside Germans and Turks, she falls in love with archaeologist, Tahsin Bey, and joins him in his quest to find an ancient silver circlet. The outbreak of war in Europe brings her idyllic summer to a sudden end, and her friends become her nation’s enemies.
The following spring, in the battlefields of Europe, Qayyum Gul, a Lance Corporal from Peshawar fighting for the British, loses an eye, and is sent to recover in a Royal Pavilion in England, where he slowly begins to doubt his loyalties to the King. Returning home, Qayyum shares a train carriage with Vivian Rose whose search for the circlet has led her to Peshawar in the heart of the British Raj. Fifteen years later, they will meet again, and their loyalties will be tested once more amidst massacres, cover-ups, and the disappearance of a young man they both love."

"A God in Every Stone" is the story of Vivian, an Englishwoman living during WWI. Her life and the lives of many of those around her are rapidly changing and shifting. The book covers several years with some gaps in between and most follows Vivian as well as Qayyum, a young man who went to war with the British India Army and comes home having lost an eye. This book provides for a good deal of armchair traveling, which I absolutely loved. This is a sweeping novel that takes place across many different countries and groups of people.

The story itself is a really interesting tale. I really don't know much about this period of history (1914/1915 and 1930) in this part of the world so I loved seeing how different people of this area felt about the war. You really get a good sense of that from watching how Qayyum struggles as he is recovering from his injuries. The time jump did make this book a little bit difficult to keep up with but for the most part, the story really reads nicely.

I absolutely loved the settings for this book. Talk about exotic! We get to see the archaelogical digs through Vivian's eyes in Turkey. It was so interesting! I really, really liked getting to see Peshawar with Qayyum. I am not sure that I have ever read any historical fiction set in Peshawar so it was interesting to read this juxtaposed with how much has happened in Peshawar's recent history. It was a very different place back then! There are trains and traveling and I totally ate all of it up. I would love to go back and read more by Shamsie just for the armchair traveling aspect!

Overall, this was a good story! 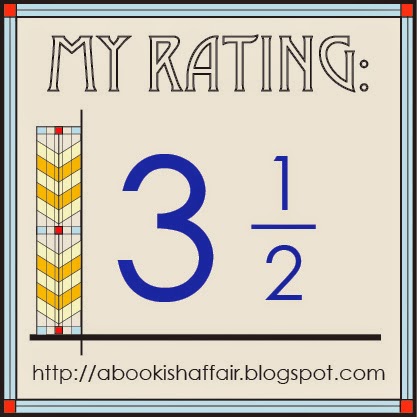 
1. What inspired you to write "A God in Every Stone?”

It started with my love of ancient history, which has been around since childhood.  For some reason it took several decades f my life for that love to attach itself to the city of Peshawar, one of the most historically interesting places in the world. Because it’s located just to the east of the Hindu Kush mountains, almost every conqueror and traveler who has entered the Indian subcontinent has come through it. So its history is the history of Alexander the Great, and the Persian Emperor Darius, and the White Huns, and Marco Polo and the Mughals etc etc etc. So one of the first things I knew about the novel was that it would involve archaeologists on a dig in Peshawar - that would allow me to write about the ancient past while also telling a more recent story of Peshawar in the early 20th century, during World War One and the start of anti-colonial resistance.


2. What was your research process like for the book? Did you find out anything strange/ super interesting during your research?.

The research was mainly conducted in the British Library, where there are extraordinary records of Colonial Peshawar - not just documents but also photographs, which helped me visualise the city in the period I was writing about. It was also there that I did most of my research about a man from 2500 years ago who I hadn’t heard of until I started digging into Peshawar’s past - his name was Scylax, and he was the first person we know of to travel to the Indian subcontinent, which he did on the command of the Persian Emperor Darius. Everything about Scylax, from the fantastical tales he wrote about India to the possibility that he betrayed Darius who had trusted him deeply, was fascinating to me.  On a more somber note, there was also a lot of research around a massacre that took place in 1930 - through reading primary documentation I found details of a cover-up by the British which I hadn’t encountered in any history books earlier.


3. Who was your favorite character in "A God in Every Stone" and why?
Najeeb. When we first meet him he’s 11 years old - with a curiosity and sense of humor and also a sensitivity (particularly to his brother who has just returned from fighting in WWI) which is very appealing to me. He was one of those characters who landed on the page fully formed. Perhaps I like him so much because unlike some of the other characters he never gave me under trouble.


4. You've written several books at this point; has writing gotten harder or easier for you? Has your writing process changed at all?

Oh much harder. Which is to say, I keep making it harder for myself. My first four novels were all set in a world I knew very well - a particular piece of Karachi in which I’d grown up.  But both ‘Burnt Shadows’, which started in Nagasaki 1945, and ‘A God in Every Stone’ with its various sections in the Ottoman Empire and the Western Front and Peshawar, have introduced a different kind of demand - that of writing yourself into familiarity rather than starting off from a place you already know and understand. This has forced a change in everything about my writing process - it isn’t just that I now research a great deal, but I write far more slowly, and the sentences come out different as a consequence. The other big change is I’ve gone from being a nocturnal writer to one who sits down at her computer right after a morning cup of coffee. I still prefer the night as a time for creativity - but writing from 10 pm until 4 am isn’t particularly conducive to any kind of social life.

5. If you could choose any three fictional characters or historical figures to bring with you to a deserted island, who would you bring and why?
Beatrice from Much Ado About Nothing - every women needs a witty, entertaining, but also practical sister on an island; Nina Simone, because who wouldn’t want hers to be the first and last voice you hear every day; and Scylax, my sailor-explorer from 2500 years ago because he’d build a ship and navigate Beatrice, Nina and me home via the most interesting route possible.
Posted by Meg @ A Bookish Affair at 7:48 AM