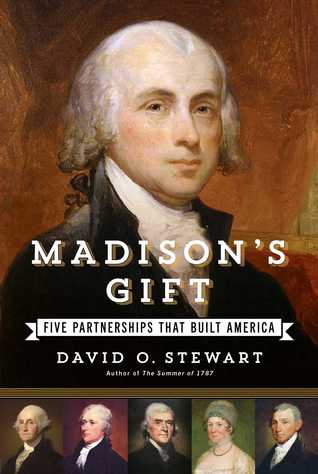 From Goodreads.com: "Historian David O. Stewart restores James Madison, sometimes overshadowed by his fellow Founders, to his proper place as the most significant framer of the new nation.

Short, plain, balding, neither soldier nor orator, low on charisma and high on intelligence, Madison cared more about achieving results than taking the credit. To reach his lifelong goal of a self-governing constitutional republic, he blended his talents with those of key partners. It was Madison who led the drive for the Constitutional Convention and pressed for an effective new government as his patron George Washington lent the effort legitimacy; Madison who wrote the Federalist Papers with Alexander Hamilton to secure the Constitution's ratification; Madison who corrected the greatest blunder of the Constitution by drafting and securing passage of the Bill of Rights with Washington's support; Madison who joined Thomas Jefferson to found the nation's first political party and move the nation toward broad democratic principles; Madison, with James Monroe, who guided the new nation through its first war in 1812, really its Second War of Independence; and it was Madison who handed the reins of government to the last of the Founders, his old friend and sometime rival Monroe. These were the main characters in his life.

But it was his final partnership that allowed Madison to escape his natural shyness and reach the greatest heights. Dolley was the woman he married in middle age and who presided over both him and an enlivened White House. This partnership was a love story, a unique one that sustained Madison through his political rise, his presidency, and a fruitful retirement."

"Madison's Gift" is the latest offering from historian David O Stewart. Stewart has written several books about several big names, mostly in American history. James Madison is a very interesting subject that has not had much written about him recently compared to a lot of the other Founding Fathers. As Stewart shows in this book, Madison has a large list of accomplishments under his belt and definitely is deserving of more consideration and study.

In this book, Stewart focuses on five partnerships that helped James Madison to reach some of the greatness that he achieved. The partnerships include those with George Washington Alexander Hamilton James Monroe, Dolley Madison, and Thomas Jefferson. Each of these partnerships are very different from each other; however, they each impacted Madison's life greatly. My favorite partnership to read about was between James and Dolley Madison. I've always been fascinated by Dolley Madison. She seems like she would've been a lot of fun to hang around with. It was really interesting to me to see how the Madison marriage was balanced. Dolley seemed a lot more outgoing and vivacious than James but she also seemed to rub off on him. I really liked seeing how she encouraged his work.

It's clear that Stewart did a lot of research in order to bring all of these different historic figures to life. I love the way that he was able to take his research and really make these people feel like people that you could actually come across now. I love nonfiction history but admittedly it can be a little bit boring sometimes. In the case of this particular book, however, that is definitely not what you find. Stewart has a great way of making history come to life through a lot of detail. This is a great book about one of the more unsung Founding Fathers! 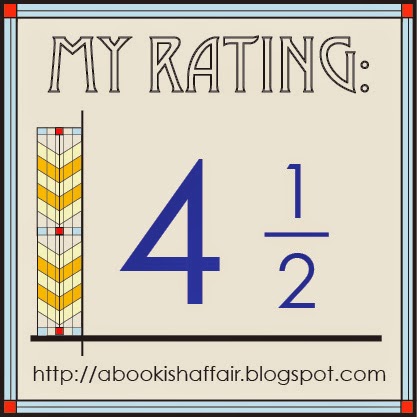