On Friday, I had an opportunity to participate in a Twitter chat to watch The Maze Runner, which has just been released on Blu-Ray and DVD and chat with author, James Dashner. I had listened to the audiobook of The Maze Runner and was super excited to see the movie. I had a blast watching and chatting with a whole bunch of other people who were just as excited as I was to see the movie. 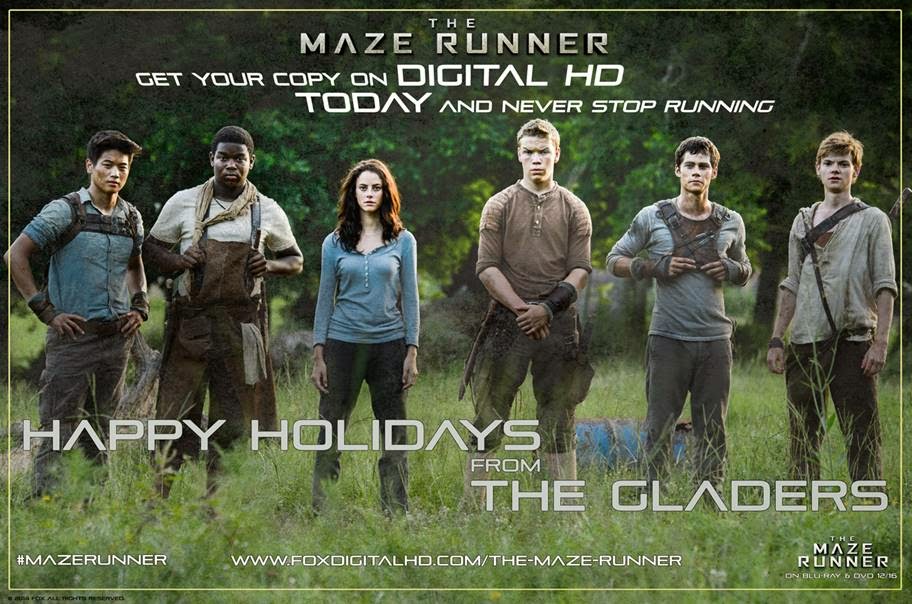 The Maze Runner is definitely an action packed movie, although that is no surprise if you have read the book. In this movie, we meet Thomas, a young man who is the latest addition to the Glade. He doesn't fully remember where he was before he came to the Glade and quickly works to get accepted into the Glade society, where he is incredibly drawn to the boys who run in the maze. He wants to be one of them.

I also loved how the movie was shot. The setting was really cool and again, I loved the way that the movie makers brought the Glade and the Maze to life. Both settings felt really realistic and the Maze felt especially dangerous, especially the grievers. This was definitely a promising start to a new dystopian film series. The Scorch Trials will be out next year! Yay!

Win a book/ movie bundle of The Maze Runner (U.S. only)! Just fill out the Rafflecopter form below!