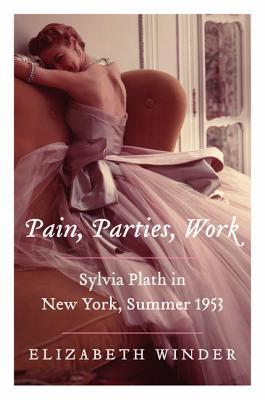 From Goodreads.com: "On May 31, 1953, twenty-year-old Sylvia Plath arrived in New York City for a one-month stint at "the intellectual fashion magazine" Mademoiselle to be a guest editor for its prestigious annual college issue. Over the next twenty-six days, the bright, blond New England collegian lived at the Barbizon Hotel, attended Balanchine ballets, watched a game at Yankee Stadium, and danced at the West Side Tennis Club. She typed rejection letters to writers from The New Yorker and ate an entire bowl of caviar at an advertising luncheon. She stalked Dylan Thomas and fought off an aggressive diamond-wielding delegate from the United Nations. She took hot baths, had her hair done, and discovered her signature drink (vodka, no ice). Young, beautiful, and on the cusp of an advantageous career, she was supposed to be having the time of her life.

Drawing on in-depth interviews with fellow guest editors whose memories infuse these pages, Elizabeth Winder reveals how these twenty-six days indelibly altered how Plath saw herself, her mother, her friendships, and her romantic relationships, and how this period shaped her emerging identity as a woman and as a writer. Pain, Parties, Work--the three words Plath used to describe that time--shows how Manhattan's alien atmosphere unleashed an anxiety that would stay with her for the rest of her all-too-short life.

Thoughtful and illuminating, this captivating portrait invites us to see Sylvia Plath before The Bell Jar, before she became an icon--a young woman with everything to live for."

Sylvia Plath is absolutely fascinating to me. Here is a woman that was smart and wrote so many really prolific things yet her legacy is overshadowed by her untimely end at her own hand. How did she get there? How does someone with so much talent have such a tragic ending? It's really hard to reconcile.

In "Pain, Parties, and Work", the author, Elizabeth Winder, seeks to show how Plath's month in New York City as a guest editor for Mademoiselle magazine set Plath's tragedy in motion. This month in NYC happened approximately a decade prior to Plath's suicide. Plath attempts suicide for the first time soon after being in New York City.

I think it is a very interesting supposition to think that this one event changed the course of Plath's life. You can see that the author definitely did a lot of research on Plath's life but a lot of it is second hand information. Plath was a fastidious journal writer but only writes one entry while in New York so much of the first hand information comes from Plath's writing before and after the month in NYC, which I think is really interesting as I am not sure how you can make a firm leap that this month changed things so much. However, that being said, I think that this book is extremely fascinating.

This was a picture of Plath that I had not seen before. I really would like to read some of her letters and personal writings now as aside from this book, my reading on Plath has been really limited to her fiction and poetry.

Overall, this book would definitely interest those that want to learn more about Plath and her life before her tragedy. 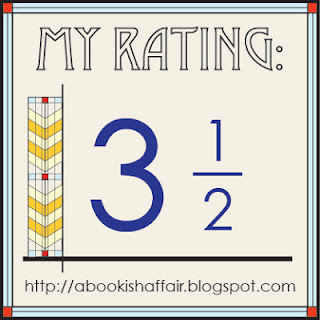