Title: Z: A Novel of Zelda Fitzgerald
Author: Therese Anne Fowler
Format: ARC
Publisher: St. Martins
Publish Date: March 26, 2013
Source: I received a copy from the publisher; however, this did not affect my review.

From Goodreads.com: "When beautiful, reckless Southern belle Zelda Sayre meets F. Scott Fitzgerald at a country club dance in 1918, she is seventeen years old and he is a young army lieutenant stationed in Alabama. Before long, the “ungettable” Zelda has fallen for him despite his unsuitability: Scott isn’t wealthy or prominent or even a Southerner, and keeps insisting, absurdly, that his writing will bring him both fortune and fame. Her father is deeply unimpressed. But after Scott sells his first novel, This Side of Paradise, to Scribner’s, Zelda optimistically boards a train north, to marry him in the vestry of St. Patrick’s Cathedral and take the rest as it comes.

What comes, here at the dawn of the Jazz Age, is unimagined attention and success and celebrity that will make Scott and Zelda legends in their own time. Everyone wants to meet the dashing young author of the scandalous novel—and his witty, perhaps even more scandalous wife. Zelda bobs her hair, adopts daring new fashions, and revels in this wild new world. Each place they go becomes a playground: New York City, Long Island, Hollywood, Paris, and the French Riviera—where they join the endless party of the glamorous, sometimes doomed Lost Generation that includes Ernest Hemingway, Sara and Gerald Murphy, and Gertrude Stein.

Everything seems new and possible. Troubles, at first, seem to fade like morning mist. But not even Jay Gatsby’s parties go on forever. Who is Zelda, other than the wife of a famous—sometimes infamous—husband? How can she forge her own identity while fighting her demons and Scott’s, too? With brilliant insight and imagination, Therese Anne Fowler brings us Zelda’s irresistible story as she herself might have told it. "

I was so excited to get my hands on an ARC of this book. I screamed when I opened the envelope and succeeded in getting my husband to run into the room to see if I had been hurt. To say that this book was one of my most anticipated reads of 2013 would be an understatement. Let me just say that I was most definitely not disappointed. This is such a good book about someone that has often been maligned after her untimely death.

When I was in high school, I read a non-fiction book of love letters between Scott and Zelda Fitzgerald. Even though I don't recall the exact name of the book, I loved the book. I loved Scott and Zelda's love story. I even loved how absolutely complicated their love affair was. You could see that Scott and Zelda really loved each other but that their relationship was not really healthy for either of them. I think they were a fascinating couple so I was very excited to read this book. Told from Zelda's point of view, it quickly became clear how wild their relationship was. They were up and down and each seemed to feed on the others insecurities, fears, and emotions.

I loved that the book was told from the point of view of Zelda. It follows from Zelda and Scott first meeting in Zelda's hometown until the dismal end of their relationship. There is a lot of debate about whether Zelda made Scott's problems worse or if Scott made Zelda's issue worse. This book takes the stand that Scott essentially drove Zelda crazy. He had an incredible ego and seemed to get off on showing how much more successful he was than Zelda (fun fact: some of Zelda's stories were published under Scott's name and he had absolutely no problem taking credit). It's not hard to see why some of the issues she had (it's generally acknowledged that she had some sort of mental illness like bipolar disorder) were greatly magnified when Scott and Zelda were together. I loved Zelda's voice in this book. You really do feel bad for her. When the book opens, she seems like a really fun person; one that you would want to hang out with. You get to see all of Zelda's innermost thoughts and innermost dreams. Fowler truly brings her to life.

Z: A Novel of Zelda Fitzgerald is an amazing portrait of an incredibly fascinating woman. Fowler really makes Zelda jump off of the pages! This book just about has it all. There's incredible detail and a really vivid picture of one of America's greatest literary couples and a great storyline behind it all. 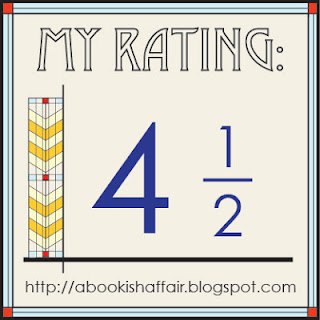