Title: Viewer Discretion Advised
Author: Cindy Roesel
Format: Ebook
Publisher: Self-published
Publish Date: March 22, 2012
Source: I received a copy from the author; however, this did not affect my review.

From Goodreads.com: "Viewer Discretion Advised features Charlene "Charley" Thomas - a smart, sassy, highly competitive thirtysomething television news executive producer. Charley's got maxed out credit cards and an office fridge stocked with vodka. Her boss, Jonathan Lefton, a.k.a "The Velvet Ax" is all about ratings, slash-and-burn newscasts - no matter who who gets hurt in the process. Charley is hell-bent on doing whatever it takes to impress Lefton. But will pleasing Lefton mean losing the man she loves? Filled with suspense, romance, and newsroom backbiting."

In "Viewer Discretion Advised," Charley moves to Miami to become the news director of a news station that she really wants to see succeed. This book has a lot going on for it. It's a fairly light read with some really interesting characters (I really liked the characters but I wish that we got to learn a little bit more about them but more about that later). There's a good bit of romance and even a little bit of a mystery. This book is great for when you want a light but interesting read.

I really liked Charley's character. She's smart and she is just trying to stay afloat in a new job where her best friend, who is also a news anchor for another station, has just gotten another DUI and is in danger of losing her job. Charley is trying to balance her love life and her work life, something that so many of us can probably identify with.

There are a lot of characters in the book where I wish we would have known more about the characters. Jimmy to me was an especially confusing character. I don't want to give too much away. He factors very heavily into one of the main arcs of the story and into the major conclusion but we don't know much about him except for what he supposedly did. Why is he interested in Charley? Why does he do what he did? Why does he think he can get away with it again with Lexi? How is he still on the police force? I think I would have cared a little bit more about what happened if I could have understood more about what he was about. I would have almost liked to see the Jimmy arc be more of the focus of the book so we could have learned more about him.

The writing in the book is pretty good. Roesel is quick-witted and sometimes funny in the book. For the most part, the writing moved the story along nicely but there were some parts where there was more telling than showing and other places where the writing could be a little slimmed down.

Overall, this was a fun book. I really liked the look at what it's like to work in a newsroom. I always thought that would be such a cool, high paced job! I could see this be a very good beach read come summer! 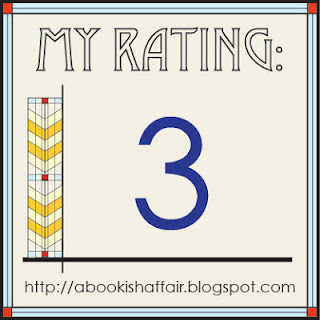