Title: The Tragedy Paper
Author: Elizabeth LaBan
Format: ARC
Publisher: Knopf
Publish Date: January 8, 2013
Source: I received a copy from the PR; however, this did not affect my review.

From Goodreads.com: "Tim Macbeth is a 17-year-old albino and a recent transfer to the prestigious Irving School, where the motto is, “Enter here to be and find a friend.” Tim does not expect to find a friend; all he really wants to do is escape his senior year unnoticed. Despite his efforts to blend into the background, he finds himself falling for the quintessential “it” girl, Vanessa Sheller, girlfriend of Irving’s most popular boy. To Tim’s surprise, Vanessa is into him, too, and she can kiss her social status goodbye if anyone finds out. Tim and Vanessa enter into a clandestine relationship, but looming over them is the Tragedy Paper, Irving’s version of a senior year thesis, assigned by the school’s least forgiving teacher.

The story unfolds from two alternating viewpoints: Tim, the tragic, love-struck figure, and Duncan, a current senior, who uncovers the truth behind Tim and Vanessa’s story and will consequently produce the greatest Tragedy Paper in Irving’s history."

Oh. My. Gosh. I absolutely loved "The Tragedy Paper." It was so good that as I shut the book after reading the last page, I audibly sighed because it was over. I had been dreading getting to the end of the book but wanted to keep reading because I wanted to see how it all turned out for the characters. And then I had to tell my husband about the entire story from the beginning until the end just so I could share the book with someone else right away.

The writing in this book is really, really good. The way that LaBan set up the story between the alternating point of view of Tim's tapes and Duncan in the present day was so great. It really pulled you into the story. LaBan also has a gift for letting the reader in on just the tiniest bit of a secret so that you read just a little bit more. Had I not started the book so late one evening, I probably would have read the entire book in one sitting. I kept saying to myself that I would read just one more page which quickly turned into five or ten more pages. Like Duncan who could not stop listening to Tim's tapes, I had a really hard time putting down the book even though I wanted to read slowly and really savor the book.

The characters in this book were amazing. I loved both of the main characters and a lot of the secondary characters too. They all seem so real. Tim and Duncan are very different characters and they are also both very likeable characters. They are the sort of people that you would hope you could be friends with in real life. Tim is shy and has always felt like an outcast because he is an albino and has never felt like anyone could see past it. Even when people like Vanessa are nice to him, he thinks that they have some ulterior motive at first. Duncan, while he would not necessarily stand out in a crowd, he's a nice guy and he really, really grows and comes into his own throughout the book and some of that has to do with Tim's advice that he gives in the tapes.

Like the title of the book alludes to, there is definitely some tragedy in this book and it's a huge tragedy in every sense of the word but there is also a good love story and a good lesson. This book has so many good things going for it!

You don't get to know what happens to every character in the book, which sort of made me sad but in a way, it is even more perfect that you don't get to find out exactly what happens. While books are amazing, the mind and imagination are even more so. I think it's also a sign of a good book when you aren't ready to let go of characters at the end of the book.

Bottom line: Great writing, great characters! I'll be talking about this book for a long time to come! 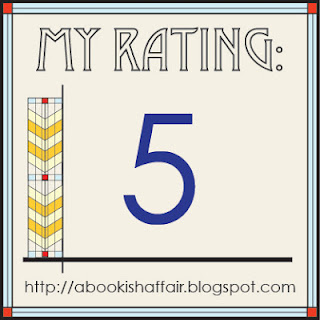