Author Interview: Jennifer Handford, Author of Daughters for a Time

Today I'm very excited to welcome Jennifer Handford, author of Daughters for a Time to A Bookish Affair. 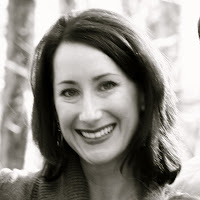 1. Congratulations on being one of the winners of the Amazon Breakthrough Novel Award! Could you tell us a little bit about the award? What's been the most exciting thing about winning?

I had been working on my novel for a few years when I stumbled upon the contest information. It
was September and the contest started the following January. It was the perfect incentive for me to
finish my manuscript. In January, I—along with 5000 other aspiring writers—submitted my work to
the contest. The next month I found out that I had made the cut down to 1000. From there, each month brought another list: 250, then 50. The following month I received a phone call from the VP of
Amazon, informing me that I had made the finals and that I and my two other finalists would be flown
out to Seattle for the weekend. It was an incredible experience to be honored in such a way. The best
part of the award has been the recognition that my work has merit. Writing is such a solitary business.
Years went by and I wondered whether it was any good. So to be recognized definitely boosted my
confidence.

2. How did you get the idea for writing "Daughters for a Time?"

Originally I had the idea to write a novel about three sisters, in third person, alternating chapters. But
after drafting that version it became clear that my strongest sister was Helen and it was suggested to me that I should write the book in first person from Helen’s point of view. I did just that, and while I was at it, re-crafted the story around two sisters instead of three. In terms of plot, I started with what I knew: infertility and adoption. Having gone through each of those experiences it seemed natural for me to weave them into my plot line. As the story developed, I got to know Helen even better. At her core, she was a lonely girl. Her mother had died and her father had left and now she was trying to build a family of her own and at it she was failing. Her longing for the things she wanted but couldn’t have gave me the idea to introduce the Larry character, her father with whom she desperately wanted to reconcile.

3. What's the one book that you find yourself recommending to everyone?

My favorite authors are Ann Tyler, Sue Miller, and Wally Lamb. I re-read their work all of the time, so I wouldn’t hesitate recommending their brilliant books to anyone! The last three books on my Kindle were: East of Eden (Steinbeck), The Dovekeepers (Hoffman), and Faith (Haigh), so kind of a diverse list. Some books that always come to mind as good reads are The Weight of Silence, Water for Elephants, and The Art of Racing in the Rain. And of course, most recently I have enjoyed The Hunger Games.

4. Do you have any advice for aspiring authors?

I know that the best writers say that they approach writing like a job: they sit down at their computer
each day and work for X amount of hours. While I believe that that is an effective method, I also believe that most people aren’t able to carve out that time. Most people are busy raising children and going to work and tending to everyday life. Most of my writing is done in the midst of the everyday craziness: kids, work, and school. But I can honestly say that I have more ideas “come to me” while I’m washing dishes or monitoring homework or putting kids to bed, than I do in the solace of a quiet house. So I guess my advice is to “just do it,” whatever your circumstance may be.

5. If you could choose any three fictional characters to have with you on a deserted island, who
would you bring?

When I brought up this question at the dinner table, my ten year old daughter—a voracious reader and member of her school’s book team—quickly responded: Molly from Peter and the Starcatchers because she knows how to communicate with porpoises, The Scarecrow from The Wizard of Oz because he is smart and clever all along, and Percy Jackson because he’s a demigod and his father is Poseidon. Her rationale: interesting company AND they would be able to get you off the island. Try as I might, I don’t think I could come up with a better list!


Thanks, Jennifer! I'm a huge Wally Lamb fan too!