Today I am very excited to welcome Andrea Kayne Kaufman to A Bookish Affair for a guest post on the music behind Oxford Messed Up. 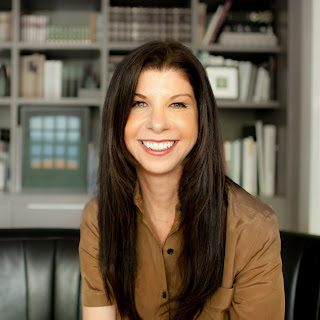 Floating into the Mystic with Gloria, Henry And the Poetic Genius of Van Morrison

You know how there are lyrics people and melody people? Melody people can listen to a song about death and separation and misery and think it’s blissful because of a guitar riff. If their foot is tapping, the song is cheerful. Me? I’d be weeping which is not necessarily a bad thing. You see I’m a lyrics girl. In fact, music is my most important and yet uncredited writing partner. While some folks sit down and hash out a plot line with a real, live person I trust my co-writing to Morrison—Van or Jim.

I first met Gloria & Henry, the heroes of my novel Oxford Messed Up, listening to music walking along Lake Michigan. At the time, my family was struggling with how to help one of our own battle OCD. Walks were my therapy and Van Morrison my therapist. Turns out, I was in group therapy. As I created Gloria and Henry, we all used the Belfast Cowboy’s poetic music to give us hope to battle OCD and other demons. Those walks turned into more walks, which led to the novel. To be fair, I actually wrote sitting down, but I created this world with my feet moving.

Any creative writing project I’m working on has a soundtrack. And every character has his or her own playlist. I sometimes walk laps in my living room (it’s cold here a lot in Chicago!) with a song on repeat trying to figure out what a character is trying to tell me. The music silences my own voice so my characters can talk more freely. When I start a new novel or meet a new character, the music helps set the stage and tone and everything else.

Gloria is named after Van Morrison’s anthem by the same name, but I think a more fitting theme song would be his sultry poignant ballad “Tupelo Honey.” I listened to that song a lot, often in the bathtub, while thinking about Gloria and Henry and their experiences in a made up claw foot bathtub. The following passage describes Gloria pondering the delicate and vulnerable tupelo blossom often destroyed by the elements: “But when it survived the blossom produced sweet and delicious tupelo honey, which Gloria thought an incredible prize for the remarkable feat of holding on.” That line by that character about that song? That’s being inspired by music.

And so here I sit, foot tapping to “Into the Mystic,” wondering what Van Morrison would think if he read the book. I’d like to think he’d nod knowingly about how his music brought these two broken people together and helped make them whole. And if I got to meet him? Well, I might just up and die. This book is a love story for Gloria and Henry, sure, but it’s also very much my love letter to Van the Man (well, his music, because my husband is handsome and wonderful). The Belfast Cowboy’s music has been a pivotal player in my life, offering comfort and hope in very hard times and fueling the creation of Gloria and Henry. Van Morrison’s poetic genius is my creative soundtrack, and sometimes, my lifeline.

Thanks, Andrea! I'm definitely a lyrics girl myself!

I also have a copy of Oxford Messed Up, a book that is most definitely in the running for one of my favorites for 2012, to giveaway!