HFVBT Review: The Conqueror's Wife: A Novel of Alexander the Great by Stephanie Thornton 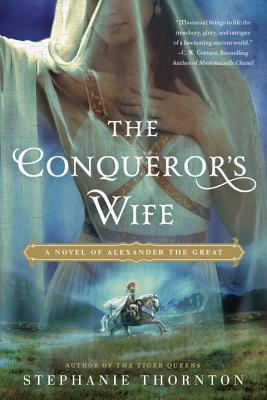 From Goodreads.com: "330s, B.C.E., Greece: Alexander, a handsome young warrior of Macedon, begins his quest to conquer the ancient world. But he cannot ascend to power, and keep it, without the women who help to shape his destiny.
His spirited younger half-sister, Thessalonike, yearns to join her brother and see the world. Instead, it is Alexander's boyhood companion who rides with him into war while Thessalonike remains behind. Far away, crafty princess Drypetis will not stand idly by as Alexander topples her father from Persia's throne. And after Alexander conquers her tiny kingdom, Roxana, the beautiful and cunning daughter of a minor noble, wins Alexander’s heart…and will commit any crime to secure her place at his side.Within a few short years, Alexander controls an empire more vast than the civilized world has ever known. But his victories are tarnished by losses on the battlefield and treachery among his inner circle. And long after Alexander is gone, the women who are his champions, wives, and enemies will fight to claim his legacy…"

"The Conqueror's Wife" is the latest offering from Stephanie Thornton. I have loved her other books so I knew that I had to read this one. In this book, she takes on the people that surrounded Alexander the Great. We meet his family, friends, and lovers. He is definitely larger than life but seeing him through the eyes of those closest to him truly gave me a new perspective on his life and legacy. Filled with vivid characters and lush description, this book is a true treat for historical fiction lovers.

Stephanie Thornton is firmly on my must-buy list by now. I love her books. She focuses on ancient history and has a great way of breathing life into historical figures that makes them feel like people that you could really know in real life. I loved that Thornton chose to tell Alexander's story through those closest to him. No one would have probably known him better than those people. Thornton creates an authentic feeling and original voice for each character.

The historical detail in this book is so good. Thornton is great at world building and does a great job of showing readers what Alexander's world would have been like. It was so vivid to me! I also really liked all of the small little details that Thornton included to even further create Alexander's world. They are subtle but really add a lot to the story. This book was fantastic and I am already eagerly awaiting the next book!

Want to win a copy? Check out the giveaway here! 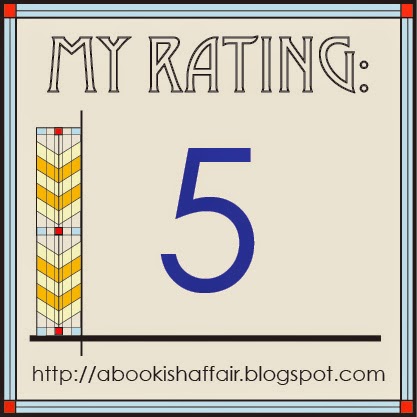