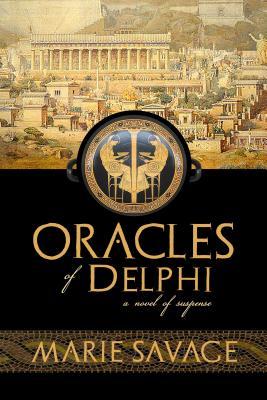 From Goodreads.com: "All Althaia wants on her trip to Delphi is to fulfill her father's last wish and enjoy time away from her tiresome new husband. Finding the body of a young woman on the altar of Dionysos in the theater of the Sacred Precinct on her first day in town is not in her plans. Neither is getting involved in the search for the killer, falling for the son of a famous priestess, or getting pulled into the ancient struggle for control of the two most powerful oracles in the world. But that's exactly what happens when Theron, Althaia's tutor and a man with a reputation for finding the truth, is asked to investigate. When a priest hints that Theron himself may be involved, Althaia is certain the old man is crazy-until Nikomachos, son of the famous priestess of Dodona, arrives with an urgent message. As Theron's past, greedy priests, paranoid priestesses, visions, prophecies, and stolen treasures complicate the investigation, Althaia finds herself falling for Nikomachos whose dangerous secrets may hold the key to the young woman's death. When another body is found and Althaia discovers Nikomachos is being blackmailed, she devises a plan to coerce the killer to reveal himself and, in the process, forces Nikomachos to confront his own past. As the plan unfolds, she comes to realize that love often comes at a high price and that the true meaning of family is more than a blood bond."

"Oracles of Delphi" is a historical mystery set in the ancient city of Delphi. This is a fascinating historical fiction tale with a lot of good historical detail. This book takes place in fourth century Greece, a time and place I have not read a lot about (this book was a great opportunity for armchair traveling). This book gave me a good opportunity to visit someplace new through my reading while being entertained by this mystery.

What made those books so interesting to me is that we really get a front row seat to the murder, which this story surrounds but we also get to see how the various characters deal with this mystery. Believe it or not, knowing whodunit doesn't make this book any less interesting. Even though we know who committed the murder readers will still be pulled into the story by watching the other characters try to figure out who did it.

The beginning of the book starts with a bang when the murder is committed. It did lose a little bit of traction for me during the middle but comes to very satisfying conclusion. The middle of those books went much slower for me than the beginning or the ending of the book. I think some of the detail could have been slimmed down for pacing's sake. I did appreciate the mysticism that is woven throughout the story. I really enjoy magical realism as a literary element within a book. Overall, I think this book gives a really interesting insight into a time and place that was not familiar to me. 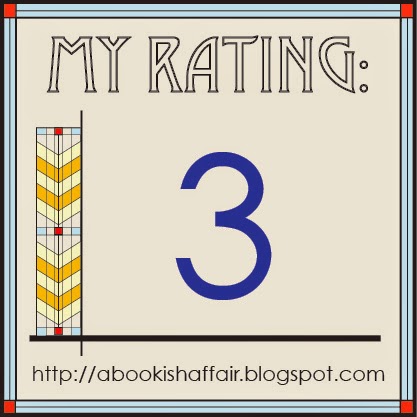