Today I'm very excited to have D.L. Bogden, author of The Sumerton Women, to A Bookish Affair for an interview. 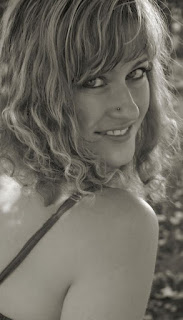 1. How did you get your inspiration for the Sumerton Women?

I was always interested in the Reformation, particularly the British Reformation, as the reasons behind it were a bit worldlier than some of its counterparts (splitting with the Church to marry Anne Boleyn as opposed to reforming the Church). I wanted to illustrate how the Reformation affected Catholics and Protestants alike, so found that by creating the family of Sumerton, I could do that.

2. All three of your books have been about the Tudor era. What drew you this era? Why do you think people are still so interested in this era today?

I found the era filled with fascinating events and historical figures that lent themselves very well to
conflict, which is often the driving force in any novel. As a teen in history classes I found the story
of Henry VIII and his struggle with conscience interesting, not to mention the people he surrounded
himself with, which inspired me to delve further, unlocking one intriguing thing after another. I think
the era remains fascinating not only because of the beautiful fashions and sweeping settings, but
because of the humanity in it (and oftentimes lack thereof) that is still relatable; loss, greed, ambition,
love, lust, the longing for a better understanding of God—they are all such timeless themes. And we
become attached to the players. It doesn’t matter how well we know the story, in the end we’re still
rooting for Anne Boleyn and Catherine Howard to keep their heads!

3. Do you have a favorite out of your books?

Each of my books are unique and I look at them all as growing and learning experiences, hoping that
they show my evolution as a writer. Of SECRETS..and RIVALS… I must say RIVALS… was my favorite. I had found my groove and was more comfortable with the first person/present tense device, had more research at my disposal, and had learned to filter out anachronisms more efficiently. THE SUMERTON WOMEN is a deviation from those novels and stands alone. Writing it was the most fun for me thus far as I had more liberty with creating my own characters and taking the plot on some interesting twists and turns.

I was fortunate enough to have a lot of my research gathered from my two previous novels, which
helped me get a better feel for the era and the politics. I then delved more into the religious situation,
reading about Thomas Cranmer, medieval nunneries and monastic life, and the Reformation itself,
which was quite interesting. The development process was different as most of the characters were
my own, so I could experiment more with personalities and psychologies, which I found a delightful
challenge.

5. If you could bring three fictional characters or historical figures with you to a deserted island, who would you bring and why?

I’d have to go with fictional characters on this one because historical figures may prove too
disillusioning. I would bring Sherlock Holmes, because hopefully he could figure out a way off the island (and deduce why we were put there in the first place); MacGyver, because he could probably fashion a raft out of a coconut and some floss, and Hawkeye from M*A*S*H—because a cute, amusing doctor couldn’t hurt!

Tuesday, April 17th
Review at Always with a Book

Tuesday, April 24th
Author Interview & Giveaway at Passages to the Past

Tuesday, May 1st
Review at A Novel Affair

Thursday, May 3rd
Review & Giveaway at The Muse in the Fog Book Reviews

Friday, May 4th
Review & Giveaway at Peeking Between the Pages

Monday, May 7th
Author Interview & Giveaway at A Bookish Affair

Friday, May 11th
Review & Giveaway at The True Book Addict
Posted by Meg @ A Bookish Affair at 6:00 AM