Review: A Million Suns by Beth Revis (Across the Universe #2)

From Goodreads.com: "Godspeed was fueled by lies. Now it is ruled by chaos.
It's been three months since Amy was unplugged. The life she always knew is over. And everywhere she looks, she sees the walls of the spaceship Godspeed. But there may just be hope: Elder has assumed leadership of the ship. He's finally free to enact his vision - no more Phydus, no more lies.

But when Elder discovers shocking news about the ship, he and Amy race to discover the truth behind life on Godspeed. They must work together to unlock a puzzle that was set in motion hundreds of years earlier, unable to fight the romance that's growing between them and the chaos that threatens to tear them apart.

In book two of the Across the Universe trilogy, New York Times bestselling author Beth Revis mesmerizes us again with a brilliantly crafted mystery filled with action, suspense, romance, and deep philosophical questions. And this time it all builds to one mind-bending conclusion: They have to get off this ship.'"


This is one of those books that you just don't want to rush through too quickly because you just want to savor the story. This book picks up not long after Across the Universe ends and follows the continuing mystery of why the Godspeed, the spaceship, seems to be so far away still from Centauri-Earth, an earth-like planet that the Godspeed was on a mission to land on. You'll definitely want to read Across the Universe first as there is almost no explaining of what happened in the first book in A Million Suns so you might be a little lost!

There's a good dose of mystery in this book and it's fun to put all the pieces together. There are so many twists and turns. I was so surprised by some of the things that happened and I couldn't wait to see what would happen next.

The world building in this book is really fantastic. Revis does a fabulous job with world building so you can really feel what it's like to be on the Godspeed that Amy, Elder and the rest of the characters are all on.


This book is great for those that want to step into the world of sci-fi but still want something that isn't too "out there." I would call this book sci-fi light. Yes, the story is most definitely sci-fi based story but Revis does a really good job of sort of "normalizing" the world of the Godspeed to where it's accessible to those who may not be all that into sci-fi.


My only regret about this book is that I have to wait another year to read the final book in the trilogy! Sigh... this is exactly why I like waiting until ALL of the books in a series come out before I start reading! It's so hard to wait! 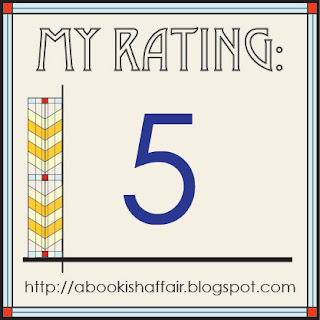