From Goodreads.com: "When Princess Diana died in Paris’s Alma tunnel, she was thirty-seven years old. Had she lived, she would turn fifty on July 1, 2011. Who would the beloved icon be if she were alive today? What would she be doing? And where? One of the most versatile and bold writers of our time, Monica Ali has imagined a different fate for Diana in her spectacular new novel, Untold Story.
Diana’s life and marriage were both fairy tale and nightmare rolled into one. Adored by millions, she suffered rejection, heartbreak, and betrayal. Surrounded by glamour and glitz and the constant attention of the press, she fought to carve a meaningful role for herself in helping the needy and dispossessed. The contradictions and pressures of her situation fueled her increasingly reckless behavior, but her stature and her connection with her public never ceased to grow. If Diana had lived, would she ever have found peace and happiness, or would the curse of fame always have been too great?

Fast forward a decade after the (averted) Paris tragedy, and an Englishwoman named Lydia is living in a small, nondescript town somewhere in the American Midwest. She has a circle of friends: one owns a dress shop; one is a Realtor; another is a frenzied stay-at-home mom. Lydia volunteers at an animal shelter, and swims a lot. Her lover, who adores her, feels she won’t let him know her. Who is she?

Untold Story is about the cost of celebrity, the meaning of identity, and the possibility—or impossibility—of reinventing a life. Ali’s fictional princess is beautiful, intrepid, and resourceful and has established a fragile peace. And then the past threatens to destroy her new life. Ali has created a riveting novel inspired by the cultural icon she calls 'a gorgeous bundle of trouble.'"

Monica Ali is a brave, brave writer. It's difficult to write about famous people no matter what time they lived in. It's even more difficult to write about someone as famous and contemporary as Princess Diana. This woman was once the most photographed woman in the world. Millions watched both her wedding and her funeral. There's been countless non-fiction books written about her. We all know a lot about her.

Ali's premise of what would happen if Princess Diana were to fake her death and come to live in America is out there to say the very least. I read a lot of books where you need that all important "suspension of disbelief" in order to buy in to the book. I just couldn't quite get there. I don't know if it was because I've read so much non-fiction about Princess Diana's life (and unfortunate death) that I was too close to the subject to believe or what. Although, that being said, I have to imagine that this book would really only appeal to Princess Diana fans in the first place who in turn have probably also read a lot about Princess Diana. The premise was just nuts. Ali makes a feeble attempt to discuss other people who have faked their deaths but I just can't believe it in this case.

There were also a ton of holes in the story, which really did not help it's case. For instance, it's been said that one reason that the car that Princess Diana was in crashed in the first place is because the paparazzi were chasing her, which then it would have been apparent if Diana were not in the car or if the accident had been faked in any way.

All this being said, Ali is a skilled writer even if this book fell flat for me. She draws you into the story and the writing itself is why I think I was able to finish this book in the first place. I would suggest reading Ali's "Brick Lane" instead to get a taste of her great writing. 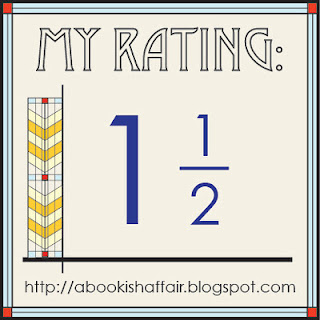