From Goodreads.com: "Roman historian Procopius publicly praised Theodora of Constantinople for her piety-while secretly detailing her salacious stage act and maligning her as ruthless and power hungry. So who was this woman who rose from humble beginnings as a dancer to become the empress of Rome and a saint in the Orthodox Church? Award-winning novelist Stella Duffy vividly recreates the life and times of a woman who left her mark on one of the ancient world's most powerful empires. Theodora: Actress, Empress, Whore is a sexy, captivating novel that resurrects an extraordinary, little-known figure from the dusty pages of history."

Theodora is a fascinating figure. She really was all three of the things listed in the title. For someone to be able to make jumps from one position to another is pretty crazy. The story itself is very interesting.

The writing in this book is sort of stiff though. At parts I felt like I was reading a sort of history book (first she did this, then that, then she did that) instead of a fiction. In other parts, I felt that the characters seemed way too modern for the times that they were supposed to be in, for instance: one character tells another to "f*** off", this way of using f*** seems a little too nascent to be used in this book. Admittedly making a character accessible to a modern audience is probably one of the most difficult parts of writing historical fiction. You have to walk a very thin line to be able to get readers into the frame of mind of the time and I'm not sure that this was successfully done here. Obviously an author is going to have to take some creative license with the way that people speak in various time periods but using really recent slang and phrases really only serves to take the reader out of the book, which is what happened for me.

If you are not picky about this sort of thing and you are a historical fiction fan, you may still like this book. Theodora really is a fascinating character and her rise through society truly is amazing! 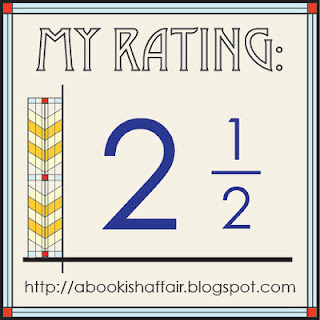